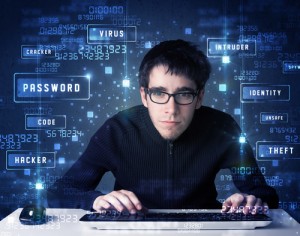 Security remains one of the hottest areas of venture capital.

Last year, VCs and other venture-stage investors put more than $3 billion in U.S.-based security startups, according to data from Thomson Reuters. That’s up a startling 50 percent from 2014, which itself was a record year.

One firm in the thick of things is Trident Capital, which last year announced plans to raise its first fund focused exclusively on cyber security. The $200 million fund is to be run by Managing Directors Donald Dixon, Alberto Yépez and Sean Cunningham and will focus primarily on Series A and B rounds.

Yépez declined to comment in a recent interview on the pace of fundraising, but he said Trident Capital Cybersecurity Fund I has made two investments so far. He emphasized the unique value of its single-sector focus.

“You de-risk your investment by having a better view of the industry and having a more extensive network of advisors,” he said.

Part of the Trident Capital Cybersecurity strategy is indeed a reliance on a formal advisory counsel including not just customers, entrepreneurs and board members but government officials.

As to valuations, Yépez agrees valuations in general and not just in cyber security “were pretty generous in the last couple years. You’ve seen market corrections and I think we’re actually in a correction phase right now. It is not just a function of the sector. It’s the general market conditions.”

Q: Is there a trend in sector-focused cyber security funds?

A: I think there is a broader trend in specialized funds. What we are seeing is venture capital, as an industry, is maturing. The broader generalist fund, while it still exists, is beginning to bifurcate. More and more specialized funds are focused on sector or stage.

The early sector funds we saw were focused on cleantech or healthcare IT. The emergence of cyber security-only funds has become notable in the market. Bob Ackerman at Allegis Capital is beginning to focus more and more just in cyber. Then Alex Doll at TenEleven Ventures also has declared an exclusive focus on cyber security. It makes a lot of sense.

Q: Where have you been active with your new cyber security fund?

A: We have made two investments to date. One is a company called IronNet Cybersecurity. It was founded by the former director of the NSA and head of U.S. Cyber Command (retired) Gen. Keith Alexander.

We also have funded a company called Survela that is founded by the founder of AlienVault.

Trident Cybersecurity is up and running and making investments.

Q: Cambridge Associates has found sector-focused funds perform better than generalist funds. You had a generalist fund, now you have a cyber security fund. Q: How do you think about returns for the new fund?
A: If you are working and investing in multiple industries, you need to worry about different deal sourcing and creating ecosystems to help your companies to scale. By thinking and look at just doing cyber security, we will have a lot stronger returns than the ones we have had as a generalist fund.

The percentage of losses, the way Cambridge Associates, tracks that, is less than 3 percent of invested capital.

Q: How do you describe the advantage of a sector-focus fund?

The challenge is how do you pick the winners. The way you do it besides getting a comprehensive market map is you validate the investment thesis of the areas you think are hot by talking to the customers, the people on our advisory council, and you validate the need. Once we have a company in mind, we introduce it to them.

They are very happy to evaluate and tell us what the product does and doesn’t do. If they really like the technology and we decide to invest, they become very willing customer references for others, and more importantly they become members of the company’s product advisory council.

Q: Sector-focused funds haven’t always been an easy sell to LPs. What’s your experience so far with LPs and cyber security?

A: You’re correct. LPs need to believe a market opportunity is broad enough. The big question when they focus on a sector is whether the sector is big enough to support a franchise with multiple funds.

Q: So are LPs getting over the market size hurdle with cyber security-focused funds?

I wouldn’t be surprised if more sector-focused funds get created in cyber security. It is an industry that is growing and is relatively young.

Q: Valuations have been rising in security investing. Last year according to Thomson Reuters data they were up an average of 52 percent in the United States. What do you see in the field?

A: Valuations are always a function of what people are willing to pay and the perceived value of returns they are going to have. It is true you are beginning to see a number of players investing into cyber security that you have not seen in the past.

Besides the typical funds that have always invested in the security market, you have new funds that perhaps don’t have the experience. Typically when you get into a new market, sometimes the way you compete is compete on price to get into a deal.

Q: Who are some of these new investors?

A: You have a number of corporate funds that are doing it for strategic reasons rather than financial reasons. You’ve seen a lot of very large funds coming from the industrial base: car companies, consumer companies, energy companies all coming into the market because it becomes so relevant for them.

Also, you have some established companies that have played in the market, traditionally the platform companies and networking and systems management companies.

You have a lot of competition. And more importantly the last group that has come into cyber security is the crossover funds.

Q: How are you responding to higher valuations?

A: We don’t compete on valuation. Others may be able to value the same company much higher than we do. We have walked away from three deals, where we put a term sheet on three very good companies. I’m sure they will do well.

In one particular case, one investor offered 40 percent more than what we offered.

Q: Are you spending much time out of Silicon Valley these days?

We have done deals in Canada. We’re seeing innovation coming from all places of the world.