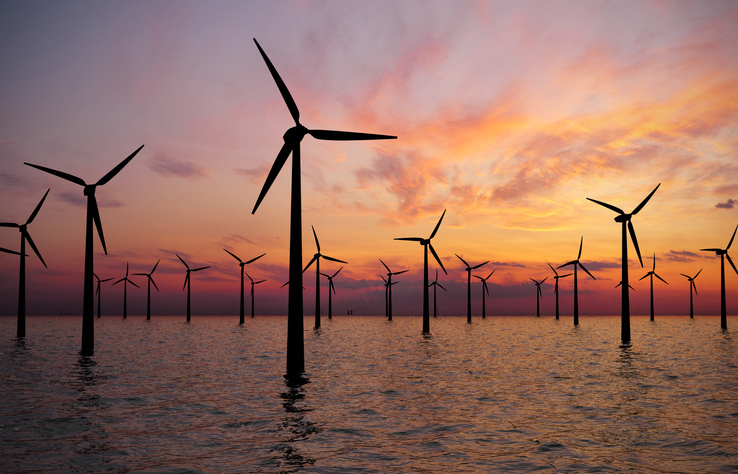 Cleantech is back on the menu, but with a new taste and a better recipe.

While many investors and LPs remember being burned by the bursting cleantech bubble almost 10 years ago, this sector is experiencing a resurgence and looks nothing like it did before.

This new market is no longer full of start-ups trying to individually change the industry or build large-scale technologies from scratch, but rather by start-ups focused on digitization and software solutions. These companies are more capital efficient and backed by a new fleet of firms with deep roots in the industry.

Cleantech – also known as climate tech or energy tech – has been quietly growing again over the last five years. The industry saw about $10.4 billion flow across 945 deals globally in 2019, more than double the $4.3 billion invested across 844 deals in 2015, according to PitchBook.

Part of the increase can be attributed to the changing conversation around climate change and clean energy, both from corporations like Microsoft and BP, which have vowed to go carbon neutral, and by consumers.

Many companies and investors have sprouted up over the last five years to try to tackle this area again. And they aren’t looking to rewrite the industry’s past failures, but to learn from them.

Tom Burton, chair of the energy and sustainability practice at law firm Mintz, has worked in the cleantech space since the early 2000s and says that there has been a definitive shift in the market.

Burton says many of the first wave cleantech companies were too capital intensive for venture investors and needed too much capital just to reach proof of concept, which he says has thankfully changed.

Posamentier has also been in the energy space for more than a decade and launched Congruent Ventures in 2016 to tap into the new cleantech market.

Most recently, the firm participated in the $10 million Series A round of Span.IO. The company makes products that accelerate clean energy adoption in homes. Wireframe Ventures, Ulu Ventures and ArcTern Ventures, among others, also invested.

Posamentier adds that part of what made old cleantech companies so capital intensive is that they had to build every element from scratch, which has also changed as governments and private organizations have worked to build out industry infrastructure over the last 10 years.

Companies like Commonwealth Fusion aim to help with that. The MIT spinout looks to combine research resources with MIT’s plasma science and fusion center and the private sector to bring that energy to market. The entity just grabbed an $84 million Series A round led by Temasek Holdings in May.

There are also accelerators like Urban Future Lab, Clean Energy Trust and Cascadia CleanTech Accelerator that assist companies to get started.

Benjamin Stanzl, a managing director at Energy Innovation Capital (EIC), an energy tech VC firm, says that start-ups in the industry have gotten more realistic about scale, too.

“In the early 2000s, there were two things that were underappreciated: the scale of the whole energy sector and how big something has to be to really move the needle for the incumbents,” Stanzl says. “I think in the first wave a lot went after all of it at once. Now, it’s more targeted.”

EIC’s most recent investment was a $25 million Series B round in FreeWire Technologies, which makes smart battery systems for electric vehicle charging. Silicon Valley Bank, BP Ventures and ABB Technology Ventures also participated in the round.

“What we’ve seen for trends in the last five to six years is a movement toward more capital-efficient businesses that offer software services to the energy space,” Burton says. “Maybe smaller components that optimize batteries, not someone trying to build a new battery.”

There are companies like Norway-based Shoreline, which provides wind SaaS simulation and workflow management software. It closed a $4 million Series A round led by the Ingenious Group in May. Blue Bear Capital, Alliance Venture and Investinor also participated.

Or like ZAF Energy Systems, a company that develops low-cost, environmentally-friendly battery technology, raised a $22 million Series A round in April. Elevage Capital Management, Coventry Asset Management and Holt Ventures participated, among others.

“My theory with clean energy is that we didn’t get a crash; things sort of dipped, and now the companies that have been funded in this five-to-seven-year period are really strong players doing really cool stuff,” Burton says.

Bennett Cohen, a partner at Piva, a clean energy investor, says that a lot of the opportunities surround the energy transition from fossil fuels to cleaner sources.

“That’s a long trend,” Cohen says. “Energy transitions typically take decades or more. Decarbonization is a big trend there with a lot underneath that and digitalization.”

Piva was just founded in 2019 and closed on a $250 million debut fund in December. Cohen says the firm will look for opportunities around energy grid resiliency and applications of software to the existing market.

This thesis lines up with companies like Phoenix ET, which looks to provide energy management software for multi-location enterprises. The start-up grabbed an undisclosed funding round last fall from EIC and Duke Energy Corporation.

Then there’s start-ups like Camus Energy. The company is an open source software developer that allows industry leaders to safely manage their energy grids. Congruent led the company’s $3 million seed round in December.

“Cleantech is not cap-heavy big checks,” says Grant Allen, a general partner at SE Ventures. “We aren’t trying to fund science projects. We are looking for the application of software to these products.”

Allen and the team at SE Ventures relaunched in 2019 with $565 million from Schneider Electric to tackle this opportunity. The team rolled over a portfolio including companies like AutoGrid, which looks to better organize energy data, and Titan Advanced Energy Solutions, which provides ultrasound-based battery management.

Another change since the bubble has involved corporations like Schneider Electric. Many energy incumbents are increasingly involved in cleantech and have set up their own venture arms, direct investing or investing in funds. Many are doing all three.

“The nature of the investors has changed,” Burton says. “We have seen a substantial increase in corporate venture capital. Corporate business that would be strategically well positioned for these technologies are investing earlier and earlier.”

Energy companies such as BP, Shell and Chevron have all formed venture arms, some within the last decade. Cleantech deals including at least one corporate investor were 32 percent of deals in 2019 at the end of Q3, compared with 20 percent in 2015 and 15 percent in 2012, according to data from the Cleantech Group.

Allen adds that Schneider Electric knows the future is clean energy and not only wants to be involved but help get into these companies early and start utilizing the technology.

“Especially in energy and real estate, those tough to penetrate industries, bringing in the corporates is a great sales tool,” Allen says.

Allen notes that working with a legacy company can help these start-ups better formulate their business models too. Corporates can problem solve based on past experiences and can also help accelerate these start-ups to potential customers.

Stanzl says that many of the firms in this space, including EIC, have recognized these potential benefits and have no issue investing alongside some of these incumbents.

While many generalist firms still avoid the sector, their absence has made room for a new class of energy and cleantech investors to take leadership.

Firms like Congruent, Wireframe Ventures, Piva and Energy Innovation Capital have all been formed within the last five years and are all working out of their first or second vehicle or actively fundraising.

“We are seeing more and more funds in formation,” Burton says. “A resurgence of energy-focused fund formation. I’ve had three formation discussions in the last two weeks.”

Another new wave of capital is coming in from environmentally focused LPs, including endowments and family offices. Many family offices are looking to put their money in a positive direction and have turned to the clean energy sector, like the Capricorn Investment Group and the Husseini Group.

“Certainly, the funds that are exclusively focused on sustainability will attract more mission-driven LPs,” Stanzl says. “My sense is it’s all over the place. If you have a family office, they can direct capital where they want. Pensions and endowments have financial mandates.”

Burton adds that he wouldn’t be too surprised to see generalist investors start to get back into the sector because of the industry’s reasonable valuations, and that the new cleantech companies will work with a generalist’s portfolio.

Firms like Sequoia and Union Square Ventures have expressed interest in returning to the space in the near future.

As money flows into the sector again, coupled with the tumultuous oil market and the spreading coronavirus pandemic, investors hope this helps expand the conversation on cleantech and accelerate its adoption. “I think it will help normalize the climate conversation and as it becomes more of our daily discussion, it will unlock more and more capital coming into the space,” Burton says. “I definitely think it’s an opportunity to double down on this space.”

Cohen says that energy companies that have not yet entered the space may look to expand in this area to diversify, given the current economic turmoil. He adds that the pandemic also exposes the market areas that need innovation.

“People who work in a lot of the energy field can’t work remotely, which exposes a big hole,” Cohen says. “We are still in very early days. We think covid-19 will actually accelerate the adoption of digitalization.”

Stanzl agrees and says people may be looking to decentralize some of the energy grid, which was already happening, because events like the pandemic put the system’s inefficiencies on full display.

Most investors agreed that, whether or not the current situation helps accelerate the sector, it is very much back in fashion and the future for cleantech looks clear. “Some of our investment theses that we already had are being adjusted, but they look even stronger,” Cohen says. “We will continue to be investing in the future of the industrial and energy economies.”