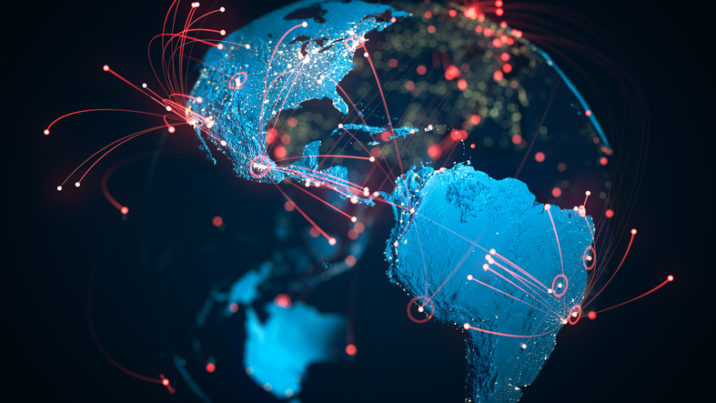 Emerging markets are performing better than expected. In fact, the 25 largest developing markets are in strong financial shape at the moment, including many countries in Latin America. Despite global pessimism from investors, Latin America is once again showcasing why it’s a smart bet for US-based VCs.

For one, investors in the United States are realizing that they’ve been caught up in sexy ideas and new verticals at outsized valuations, and they need to gravitate toward novel solutions solving critical problems in markets that are ripe for disruption. Research already shows that entrepreneurs from emerging markets have better survival rates than their counterparts in the US, which lends itself well during downturns. Entrepreneurs from emerging markets know how to do more with fewer resources, and they have a lean mentality which leads to longer runways and resilient business models.

Latin America checks all these boxes, and even in the face of new challenges, verticals like fintech continue to thrive in the region. Also, few locations are more prepared to capitalize on the benefits of Web3 than Latin America. Here’s why there is tremendous value and returns to capture in the region.

Fintech success sows the seeds for other start-ups to grow

Fintech is booming in Latin America, with $5 billion of the total $7.5 billion invested in the region last year going to fintech companies. Not only is it cheaper for Latin American entrepreneurs to build tech tools and platforms, but they can internationalize relatively quickly because of the shared languages and customs between markets.

Latin America has prime conditions for fintech to grow from the ground up. Smartphone adoption is high, South America has one of the largest internet penetration rates in the world, and 90 percent of millennials in the region can access digital wallets. Whereas other locations have to navigate existing technological infrastructures and user behaviors, Latin American fintechs can implement mass, sophisticated solutions from the ground up.

Fintech is the foundation upon which other companies are being built. Cryptocurrency projects, Web3, and decentralized apps all have fintech at their core. We’re already seeing fintech hubs arise in Latin America, such as in São Paulo, which is home to fintech unicorns Neon and Creditas. These spaces will breed other hotbeds for fintech knowledge, tools and collaboration, especially given the community nature of founders in Latin America. For instance, Mexico-based logistics company Nowports has launched a fintech tool for inventory financing that enables players to use cargo as collateral for loans.

Such collaboration with fintech at its core will fuel business and economic activity in the region, which will shape a strong, successful start-up ecosystem.

The US investment landscape has been witnessing a shift toward investors offering resources beyond capital for some time now. Founders are increasingly asking investors to offer more than dollars, to bring their experience, network, and resources to the table. It’s why more micro-VC funds have been popping up in the United States — because they hyper focus on specific geographies and building network effects amongst other investors on behalf of their founders.

For Latin American founders navigating early fundraising stages and building the first iterations of their product, operational support and wisdom from investors is all the more impactful. At TheVentureCity, we have US investors based in Latin America to work closely with our portfolio founders. We provide operational support, fundraising tactics, strategic insights and any other resources to ensure our start-ups flourish faster. Our in-house data science team helps founders evaluate customer data to achieve product-market fit, and our operating partners advise them around scaling in the region.

We also encourage start-ups to work with us without entering into an investment agreement. We invite them to team up with us for a month to delve into their product and go to market motion, allowing both parties to explore striking a deal at the end of the period. Doing so enables us to support companies where there isn’t a vested interest yet – of which there are many in Latin America – and to tap into early opportunities with cutting-edge technology.

Product-led companies are twice as likely as sales-led companies to grow more than 100 percent annually. Evidence of this is that 58 percent of high-growth SaaS companies have product-led growth strategies in place. We’re seeing more product-led businesses pop up precisely because of the organic hypergrowth it can spur, which proves even more important during a VC downturn.

Sales-led growth, as a principle, centers around marketing and hiring that can be expensive. This strategy effectively raises customer awareness of a product, but not necessarily the quality of it. By building a product that people genuinely love and solves a core user problem, and building strong user metrics and adoption around core functionality, companies don’t have to spend as much on marketing initiatives, and can scale in a more sustainable way. Take Brazilian online learning platform, Descomplica, which used a product-led growth mentality to grow throughout the pandemic. After rolling out courses specifically designed for on-the-go mobile learning, the platform now has 5 million monthly users and has raised more than $130 million in financing.

Latin America’s start-up longevity is real, and it remains largely unexplored by US investors. The momentum we saw in the region last year was overdue and revealed the potential of its entrepreneurs and businesses. Investors who cross Latin America off their lists because of the global funding slowdown will miss significant opportunities. And US investors who want to build a reputation in Latin America and enjoy outsized returns in the future need to start exploring trends and building relationships in the region today.