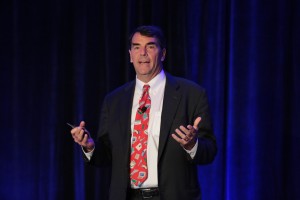 Venture capitalist Tim Draper is stepping back from his investment role at Draper Fisher Jurvetson, the firm he founded in 1985, affiliated news service Reuters reported.

“I am just skipping a fund to do some work building Draper University and experimenting with new models for venture capital,” Draper said in an email to Reuters, referring to his training program for startups. “I will of course be an investor in any new fund we create.”

“Tim is actively building Draper University and continuing his angel investments through Draper Associates, and continues to be part of DFJ’s management team to guide the firm’s direction, manage his existing responsibilities, and work on new projects that could potentially help DFJ in the future,” the firm said in the statement.

“Tim expects to be one of our largest limited partners and has full confidence in the existing team.”

His daughter, Jesse, runs an online interview show called “The Valley Girl Show,” and a son, Adam – like his father – has founded a startup program called Boost.