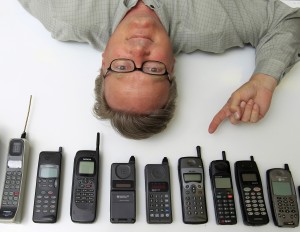 The last thing any VC wants to hear is that his latest investment is a piece of garbage. Unless the investment really is trash.

Increasingly, venture capitalists have been getting their hands dirty in the waste management space. They are backing startups that turn garbage into things like organic fertilizer, backpacks, shoes, crude oil and, of course, money.

For example, a company called EcoScraps, which takes leftover food from restaurant chains and grocery stores, and then turns it into high-end organic fertilizer, just raised $1.5 million in its first round of funding.

Another startup called ecoATM recently landed $17 million for its recycling kiosks, which give consumers cash for their unwanted cell phones and MP3 players. Meanwhile, companies like Harvest Power, Agilyx Corp. and Enerkem Technologies have raised hundreds of millions of dollars from Kleiner Perkins Caufield & Byers and other VCs as they attempt to turn everything from food scraps, yard clippings, waste plastics and household garbage into crude oil and renewable energy.

“The new trend in cleantech is taking waste and turning it into something valuable,” says Clarke Miyasaki, managing director at Kickstart Seed Fund, which led the investment in EcoScraps in July. “Ten years ago in venture, anything ‘eco’ was hot, and it didn’t really have to make money. Eco-friendly is still important, but these companies have to do more than just be good for the environment. They have to actually make money. That’s why these latest kinds of startups are such a good story.”

Miyasaki particularly likes his investment in EcoScraps because the company gets paid at both ends of the transaction. EcoScraps makes money by taking rotten or unwanted food products off the hands of grocery stores and restaurant chains. It also makes money by turning that waste into a branded, chemical-free fertilizer that it sells in more than 400 stores, including Costco and Home Depot. In fact, EcoScraps actually has Costco paying for its own garbage. In a pilot program, Costco gives it leftovers to EcoScraps, which then sells it back to the retailer in the form of organic garden fertilizer.

EcoScraps was started after founder Dan Blake walked passed a Harmons grocery store one day and saw some clerks dumping the old fruits and vegetables. He asked what they did with all that food, and was told they pay someone to haul it away.

Blake called up his bio-chemistry professor and they set about creating a formula to transform the food into a valuable product.

“The competitive advantage is our formula,” Miyasaki says. “It is really hard to profitably turn waste into compost, with an emphasis on the word ‘profitably.’ And that is what we have figured out. Our organic fertilizer is not the cheapest you will find on store shelves, but it’s not the most expensive either.”

Perhaps the most intriguing investments in the waste management space are those that turn trash into fuel and energy. These are certainly the highest-risk, highest-reward deals. In April of this year, Harvest Power, a producer of renewable energy from organic waste materials, landed $110 million in Series C funding from Kleiner Perkins and True North Venture Partners, bringing its total funding raised to $196 million.

In December, Agilyx, which turns waste plastic to crude oil, raised $25 million in third round funding. Investors in the company include Kleiner Perkins, Keating Capital and Chrysalix Energy Venture Capital.

Meanwhile, Enerkem, a Canadian company that has developed a proprietary thermochemical technology for converting waste into cellulosic ethanol, methanol and industrial chemical byproducts, last year raised $90 million from Rho Capital, The Westly Group and others. The company filed to go public in April but later withdrew the offering citing unfavorable market conditions.

Also participating in every one of these deals was Waste Management Inc., the nation’s largest waste disposal company. In fact, the company has raised eyebrows over the last several years as it attempt to transform itself from a trash company to an energy provider. The company has stated that the $12.3 billion it makes by picking up garbage and dumping it in landfills could be worth more than $40 billion a year in energy.

Though the concept of turning trash into energy sounds like a brilliant concept, not everyone is impressed.

“Waste to energy is fundamentally flawed from an environmental perspective,” argues Tom Szaky, the CEO of TerraCycle, a venture-backed company that takes hard-to-recycle products like potato chip bags, diapers and cigarette butts and converts them into such products as backpacks, shoes, railroad ties and plastic pallets.

“Waste to energy is a con, it’s an illusion. Consumers think it is great, but I think it is the next clean coal,” Szaky says.

His biggest concern is that these waste-to-energy companies are taking valuable materials and turning them into very little energy relative to what it took to make those materials. For example, if it takes 100 units of energy to make a soda bottle, the amount of energy you recover by burning it is only one unit, he argues. Plus you release a huge amount of carbon in the air, and possibly toxic ash as well.

He believes the only real answer to garbage should be to recycle it. Amol Deshpande, a partner at Kleiner Perkins who leads the firm’s waste-to-energy investments, did not respond to an interview request. Nor did VCs from several other firms that invest in the waste-to-energy space, including True North Ventures and Physic Ventures.

Another active investor in the waste management sector is Claremont Creek Ventures. But Managing Partner Randy Hawks doesn’t call it waste, he calls it reverse logistics. He likes companies that profit by preventing consumers from dumping their unwanted items in the trash. The idea is that instead of throwing away a product, like an old cell phone, consumers move it through a reverse supply chain, so it ultimately ends up in the hands of people who can utilize the product.

A leading example is his portfolio company ecoATM, which is rolling out ATM-like kiosks in shopping malls nationwide. The San Diego-based company, founded by Mark Bowles in 2008, has raised more than $31 million in total funding.

At an ecoATM kiosk, consumers drop their old or unwanted cell phones into the dispenser, which offers a cash payment based on a quick diagnostic of the phone. Consumers can instantaneously receive anywhere from several dollars to several hundred dollars in exchange.

One-third of the phones that are dropped into an ecoATM kiosk go to the insurance replacement/refurbishment market. Another one-third go to developing countries where they are sold at reduced prices and the remaining one-third are sent off to salvage and reclamation in which they are stripped and mined for parts and precious metals.

Although concrete numbers are hard to come by, the worldwide market for cell phone recycling is about $5 billion annually. The market gets even bigger if you start to add other electronic devices, such as tablets.

“Until recently, the market was left in the hands of small mom and pop recycling shop,” Hawks says.

“The real advantage of ecoATM over competitors is the instantaneous distribution of the cash,” Hawks says. “It’s also super convenient because it’s right there in the mall where consumers are shopping. It really is instant gratification.”

But competition is now on the rise and a number of new venture-backed startups are looking to clean up in the cell phone recycling market. ERecyclingCorps, for example, raised $35 million last December in a round led by Kleiner Perkins. The company has a distinct edge over rivals because it is embedded within 3,000 Sprint and 500 Verizon outlets. In other words, consumers who are in the market for a new phone can get credit for their old devices directly at the point of purchase.

“There are 130 million cell phones retired each year in the U.S., and only about 10 percent every get recycled or reused,” says David Griest, a managing director at SJF Ventures and an early investor in eRecyclingCorps. “The company is on a path to recapture 6 million phones this year to resell to international markets. And that’s just scratching the surface of what is possible.”

The potential size of the market is a big reason why so many VCs are now sniffing around.

“We started going to computer ewaste conferences in 2005 and back then I was probably the only VC at the E-Scrap show,” Griest says. “Now I see VC and private equity folks at all the events.”

Griest, too, has his own name for the waste management sector. He calls it “asset recovery,” and he sees plenty of opportunity beyond cell phones. His firm’s most recent investment is a company called BioSurplus that sells pre-owned, high-end lab equipment, such as mass spectrometers and centrifuges, which were previously landfill fodder.

“In the past, this stuff would sit in storage for a number of years and then would be thrown away. The amount of equipment that was reused was very, very small,” Griest says.

BioSurplus contracts with large labs and pharmaceutical companies to purchase their old equipment. It then refurbishes the equipment and sells it a fraction of the original price. Griest says that there is perhaps $1 billion in equipment value that is sitting idle right now that can be monetized.

And that’s precisely what he loves about the waste market.

“You can actually find companies with revenues and margins and, gosh, even profits,” he says. “How many spaces within cleantech can say the same?”