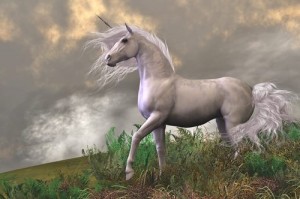 Private company investors showed an abrupt caution for U.S.-based unicorn financings in the fourth quarter of last year with average valuations plunging and the use of tough deal terms on the rise.

A Fenwick & West survey of most, if not all, U.S. unicorn deals from the final nine months of 2015 uncovered a big drop in the fourth-quarter appetite of venture capital firms and non-traditional investors to reward entrepreneurs with big mark-ups and eye-popping company valuations.

The study is the latest piece of evidence to point to a cooling of interest in so-called unicorn deal-making as venture capitalists reassess exactly what their startups are worth.

In contrast to a prior study covering most of 2014 and the first quarter of 2015, the average valuation of unicorn financings in the fourth quarter was US$1.6 billion. This is down from US$4.1 billion in the third quarter and US$5.6 billion in the second quarter.

Worth noting is that half of the Q4 deals came in with valuations of between US$1 billion and US$1.1 billion, or just enough for each of the companies to win the moniker of a being unicorn as they crossed the US$1 billion threshold.

The use of investor friendly terms also jumped. Senior liquidation preferences were far more common and the use of IPO protections increased. A third of deals had blocking rights, keeping a unicorn investor’s shares from automatically converting into common stock at an IPO unless the IPO price meets a certain level.

Ratchets giving investors extra shares if an IPO price falls below that of the unicorn round also were more frequent. They turned up in 17 percent of fourth quarter deals, the study found.

Non-traditional investors led 84 percent of unicorn deals in the final nine months of last year and the average deal size was US$222 million.