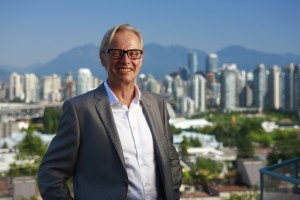 Cleantech investing is receiving a jolt of new energy.

Venture investing in the space reached a five-quarter high in the second quarter with $777 million going into 51 deals in the United States, according to CB Insights. That’s a 67 percent jump from a year ago, with such companies as Sunrun and Atieva recently raising large rounds of funding.

The solar and biofuels shakeouts have run their course, and technologies elsewhere are maturing. Big corporations remain on the prowl for green innovation to transform core business processes or expand product lines.

Still, cleantech is a confusing place for VCs to play. Van Lierop said one dealmaking strategy his firm has used breaks with traditional Silicon Valley practice. Chrysalix has reached out to corporate partners that aren’t necessarily natural buyers.

Investors need to make sure the large company, the small company and the entire syndicate wins, he said. “We at Chrysalix play that game of the matchmaker very carefully.”

VCJ recently had to opportunity to catch up with van Lierop. An edited transcript of the conversation follows:

Q: With corporate interest in cleantech pressing ahead, how is venture approaching the space today?

A: Venture is the only area where we see people being hesitant. That is because quite a few people don’t know how to play venture in this space.

We (at Chrysalix) had to adjust the traditional Silicon Valley VC model to become successful. We actually have a deliberate outreach program to very large companies to bring them into our deals.

Of course, Silicon Valley traditionally finds that very scary. And it is a bit scary because you have to ensure that you match young companies with large companies that are not going to be the natural acquirer. Otherwise, you run the risk of having sold the company without having been paid for it.

Q: It appears cleantech venture investing grew considerably in the second quarter. Are you surprised?

A: It doesn’t surprise me at all. The shakeout in the later-stage opportunities in the most obvious areas of cleantech has happened: solar, wind, biofuels. It is still a bit happening in LEDs.

Now, there are other big opportunities that still need to be resolved. More and more large corporations are turning to the outside world and saying, ”What solutions are there for the pain points we have in our industry?” Large corporations are starting to realize for some of the hardest issues they have, there are no later stage solutions. So we go back into the earlier phases of the innovation funnel.

Q: How welcoming are larger corporations to early-stage venture innovation?

A: The opportunity for early-stage is rapidly increasing. I see every large corporation currently working on a sustainable innovation strategy. Many of them have started in the past five years with corporate venture groups.

Many are coming to the realization that (this strategy) is not really the most ideal situation. Many are now turning back to different forms of external innovation in which well informed and networked independent VCs play a role.

Q: What are the hottest areas of cleantech now?

A: Of course, energy storage is a very hot area. Energy efficiency plays are very important. But in general, I would say it’s trying to figure out solutions for large industries that are in transition.

More and more what we see is technologies that are not just mature, but value-chain driven. It’s figuring out the needs, or the opportunities, that exist for sustainable innovation in large industries that are in transition, such as oil and gas, electric power, chemicals and mining.

Q: Lots of money has gone into big batteries. Will this have a good outcome?

A: The evolution of batteries still is going on. To become cost effective, they need to be well below $250 a kilowatt-hour. Most batteries are not there by a long shot. Most are still north of $1,000. So there is still room for improvement in big batteries.