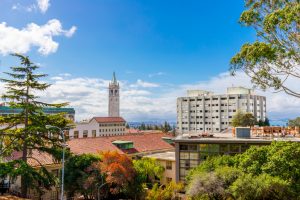 Michele Cucullu, director of private equity at the University of California, has left the system, according to a person with knowledge of the situation.

The person said Cucullu is joining Bayshore Global Management, the family office of Google Co-Founder Sergey Brin. That could not be confirmed.

Cucullu is no longer listed on the staff chart on the UC Regents website. A UC Regents spokeswoman said she doesn’t comment on personnel matters. Cucullu did not respond to a LinkedIn connection request.

Cucullu joined the university in 2007. Previously, she was an investment associate at the investment office at the California Institute of Technology. Before that, she was a consultant at consulting firm Exeter Group.

In the office of the university’s chief investment officer, Cucullu invested the system’s $107.2 billion portfolio. This includes a $59.7 billion pension, a $21.7 billion retirement-savings program, a $10.4 billion endowment and a working-capital pool of $14.5 billion, according to investment documents from UC.  The investment team also manages UC’s insurance assets of about $900 million.

The system had about $2.7 billion in global PE and VC investments across primaries, secondaries, co-investments and direct investments, according to UC documents.

The system’s AUM grew $18.7 billion over three years, primarily due to gains in public equities, a news release from March says.