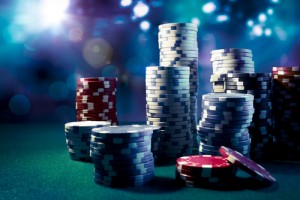 It’s been a long time coming. But finally, U.S. Venture Partners is raising a new fund.

The Menlo Park, Calif.-based firm, which closed its last fund in 2008, is seeking $275 million for a planned Fund XI, according to a recent regulatory filing. The firm’s last fund, U.S. Venture Partners X, was a $625 million vehicle.

Partners declined to comment on the new fund filing, which, if closed, would mark an unusually long gap between funds. VCs usually raise new funds every three to four years, and it is not uncommon to see sought-after firms raise after two years.

USVP, however, appears to have hit a rough patch in the years following the 2008 credit crisis and only more recently has begun to show improved returns.

USVP is one of the more established Silicon Valley firms, having first begun investing in the early 1980s. Since then, its partners have invested more than $2.7 billion in more than 450 companies. The firm’s sweet spot is early stage, with a mixed portfolio of IT and healthcare companies. The firm website lists four general partners: Steve Krausz, Rick Lewis, Jon Root and Casey Tansey, with a total investment staff of 10.

The new fund filing comes on the heels of a few recent portfolio company exits and pending exits. In the latter group, the biggest one is Box, which is in registration to go public. USVP owns a 13 percent pre-IPO stake, making it the second largest shareholder (after DFJ) in the fast-growing cloud storage and applications provider.

This summer, Box raised money at a reported $2.4 billion valuation, which would make USVP’s stake worth more than $300 million. The firm first invested in early-stage rounds and partook in later rounds as well.

The firm has had other hits as well. GoPro, a maker of camcorders and accessories, went public in July and has been one of the top-performing stocks since. USVP sold about $2.6 million in the IPO, and its remaining stake is valued around $115 million at current valuations.

A few of the firm’s portfolio companies have been acquired, too. Trunk Club, a menswear shopping service, sold to Nordstrom this summer for $350 million. USVP was one of about four VCs backing the company.

Fund returns have been mixed, according to available data. As of March 31, U.S. Venture Partners X had returned a multiple of 1.41x, according to Bison, an alternative asset data provider. Fund VIII, meanwhile, returned 1.26x, while Fund VII, raised at the height of the late ’90s Internet bubble, lagged with just a 0.42x multiple, according to Bison.

This story first appeared in Reuters Venture Capital Journal. Subscribers can read the full story here. To subscribe to VCJ, click here for the Marketplace.