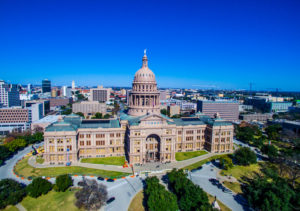 University of Texas Investment Management Company (UTIMCO) has produced strong results from its investments in the early funds of Spark Capital, Union Square Ventures and the Foundry Group.

Since then, one of the largest university endowments in the country appeared to be on a lookout for more promising early-stage emerging managers, as reported earlier by Venture Capital Journal.

But so far this year, the Austin, Texas-based LP has opted to invest in large, established funds, according to VCJ’s review of UTIMCO’s private investment fund information as of May 31, 2020.

For many years, the sought-after firm shunned public institutions after several lawsuits in the early 2000s mandated public LPs to publish fund returns.

However, Sequoia decided to let several public LPs into its megafund in 2018. The $8 billion fund received significant commitments from public LPs, including UC Regents, Washington State Investment Board and Alaska Permanent Fund.

Allowing UTIMCO into Sequoia’s latest set of funds shows that the firm no longer plans to keep its fund information confidential.

In late May, the LP re-uped with True Ventures, committing $30 million to the Palo Alto firm’s seventh flagship fund, that is targeting $415 million, and $50 million to True Ventures Select IV, a follow-on capital fund for breakout companies, which is raising $340 million.

UTIMCO held $48.1 billion in AUMs as of late April. The endowment’s venture program is led by Conrad Shang, who was one of 40 people in the venture community featured on VCJ‘s list of Rising Stars.