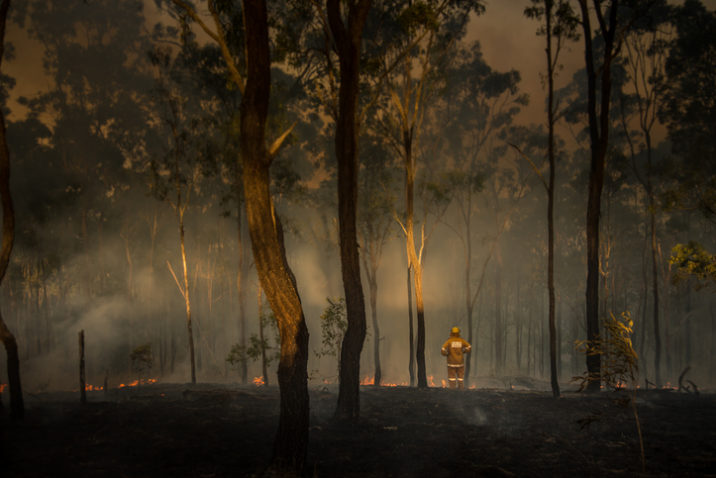 Australian insurer IAG has taken an equity stake in start-up Digital Agriculture Services as part of the company’s Series A funding round.

Digital Agriculture Services, established in early 2017, has developed detailed maps that facilitate automated valuations of farmland in Australia. During the region’s summer, hundreds of bushfires raged for weeks throughout Australia. All fires were extinguished by early March.

Prior to this funding round, the company had secured A$4.25 million ($2.8 million; €2.6 million) in funding, including an undisclosed amount from the Commonwealth Science and Industry Research Organisation, an Australian government agency. Canadian fertilizer giant Nutrien has also invested in the company.

IAG, Australia’s largest general insurer and the biggest insurer to the agriculture sector in the country, has made its investment through its Firemark Ventures vehicle, a A$75 million venture fund.

Melbourne-based DAS declined to disclose the value of IAG’s investment or the size of the stake it had taken in the business. The outlay is in the “millions of dollars,” a spokeswoman said.

The investment forms part of a larger Series A funding round that DAS hopes to close in 2021.

The first phase of the partnership will see IAG and DAS work together to provide all Australian rural property owners with access to free risk reports, which set out the risk to properties posed by bushfires and other natural disasters.

DAS produced analysis earlier this year that showed up to 2,458,334 hectacres of agricultural land was affected by the bushfires, representing 29 percent of the total land area affected.

DAS co-founder and CEO Anthony Willmott said in a statement: “The technology has advanced to the point where it’s now possible to say what the risk is for this particular rural property, farm or portfolio, from anywhere in the world. That kind of property-level insight just wasn’t possible even a decade ago.

“Most agtech is about precision agriculture – helping decisions at plant or livestock level. We’re excited to work with IAG to help transform how off-farm decisions are made.”

This story first appeared in affiliate publication Agri Investor. Daniel Kemp is a reporter at Agri Investor. He can be reached at daniel.k@peimedia.com.