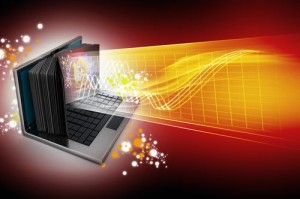 Canadian online web development school Talentbuddy has been acquired by Udemy, a San Francisco-based marketplace for teaching and learning online. No financial terms were disclosed. Founded in 2013, Vancouver-based Talentbuddy has helped more than 45,000 developers learn to create complex web applications. The company was backed by Canadian venture capital firms Version One Ventures and BDC Capital, Canadian accelerator HIGHLINE, and others. Udemy, which was founded in 2010, is also venture-funded. Last year, it raised US$65 million in a Series D financing led by Stripes Group.

We’re very excited to share that Talentbuddy has been acquired by Udemy!

Headquartered in San Francisco, CA, Udemy is the world’s leading online learning marketplace where over 10 million students are enrolled in more than 40,000 courses in 190 countries.

Back in 2013, we created Talentbuddy to help developers prepare for technical interviews using a learn-by-doing approach.

We initially created an interactive programming platform that helped students prepare for coding interviews, solve problems in over 14 programming languages, and learn by studying the solutions of their peers.

Over time, we used the same approach to create new courses and mentorship programs focused on helping developers learn to create complex web applications with Node.js and Ember.js.

Up until now, we had the pleasure to help more than 45,000 developers to improve their ability to solve problems, build applications, advance their careers, and get new jobs.

We’re thrilled to be joining Udemy, where we’ll have the opportunity to continue to enable millions of students to build their programming skills using interactive learning experiences.

We want to thank you – our users, investors (Version One, Mike Edwards, BDC Capital and Highline), and everyone else who helped make Talentbuddy happen.