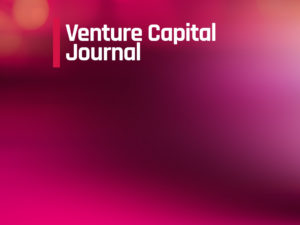 Toronto-based Q4, a capital markets communications platform, has filed a preliminary prospectus for an initial public offering of its common shares on the Toronto Stock Exchange. The number of shares to be sold and the pricing have not yet been determined. Q4’s venture capital investors include First Ascent Ventures, Information Venture Partners and Napier Park Financial Partners.

TORONTO, May 25, 2021 — Q4 Inc. (“Q4” or “the Company”), a leading capital markets communications platform provider, today announced that it has filed, and obtained a receipt for, a preliminary base PREP prospectus (the “Preliminary Prospectus”) with the securities regulatory authorities in each of the provinces and territories of Canada, other than Québec, in connection with the proposed initial public offering of its common shares (the “Offering”). The number of common shares to be sold and price per common share have not yet been determined.

Q4 has applied to list its common shares on the Toronto Stock Exchange (“TSX”) under the symbol “QFOR”. Listing is subject to the approval of the TSX in accordance with its original listing requirements. The TSX has not conditionally approved the Company’s listing application.

Q4 Inc. (Q4) is a leading capital markets communications platform that is transforming the way publicly traded companies, investors and investment banks make decisions to efficiently discover, communicate and engage with each other. The Q4 end-to-end technology platform facilitates interactions across the capital markets through its IR website products, virtual events solutions, capital markets CRM solution, and shareholder and market analytics tools. The firm is a trusted partner to nearly 2,400 public companies including 50% of the S&P 500 constituent companies. Q4 is based in Toronto, with offices in New York and London. Learn more at q4inc.com.