The PVCI at the end of September was the highest month-ending total this year for the index, which started the year at 727.67. The PVCI has gained more than 263 points, or 36 percent from the start of the year.

At the end of September, the PVCI was comprised of 400 companies. Of the stocks tracked, 224 advanced in value during the month while 176 declined. The number of companies in the index rises and falls, depending on new issues or as the companies fold or are acquired. Also, companies remain in the index for only 10 years.

A total of 55 of the advancing stocks in September were in biotech, while 51 were in computer software. The largest group of decliners was also in the computer software and services sector with 37.

Facebook continued to rank as the company with top market value, as of Sept. 30. But Clearside Biomedical was the top gainer, rising 135 percent in value over the course of the month.

The index is calculated daily and does not take into account dividends.

It began in January 1986 with an initialized index value of 100. 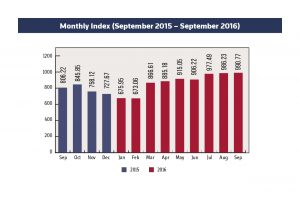 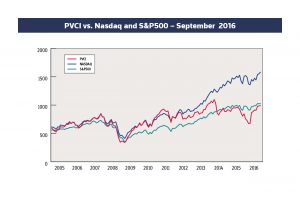 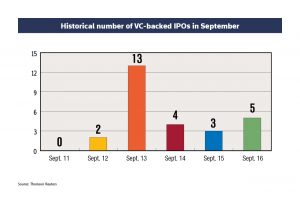 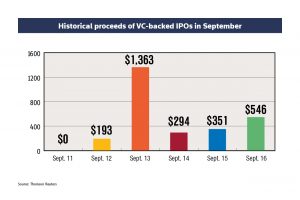 Photo of U.S. flags outside the NYSE in September 2015 courtesy of Reuters/Lucas Jackson