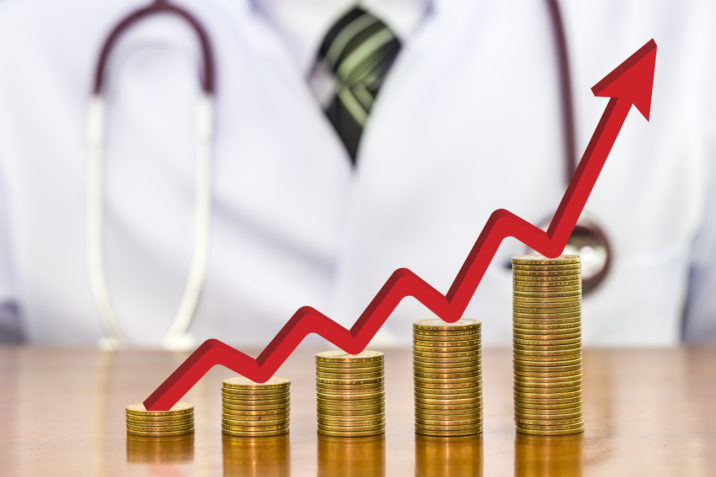 Amid the largest pandemic of the last 100 years, a need for more efficiency in healthcare seems to have captured the attention of the public and investors alike.

A pair of recent reports on investments in healthcare show that the sector is on track to have its largest year for venture funding into health companies in history.

Investment in the US and Europe-based drug development start-ups soared, closing on over $10 billion in new funding in the first half of 2020, compared to about $16 billion for the full year 2019, according to a report by Silicon Valley Bank.

The increase in venture deals comes amid an incredibly strong IPO market for biotech companies, said SVB managing director Jon Norris. Year-to-date, there were 26 biotech public debuts and Norris estimates that biopharma IPOs will continue at a similar pace in the second half of the year.

A separate report by CB Insights looked at venture-backed deals in various sub-sectors of health technology. The research firm found that telehealth deals surged as patients and doctors embraced virtual appointments amid the pandemic. The sub-sector saw 154 deals close in Q2, breaking its Q1 record of 125 telemedicine financings.

Another subsector that accelerated during the pandemic is mental health technologies. Mental health deals reached a record high in Q2 2020, with a total of 57 companies collecting almost $500 million in funding, according to CB Insights. In fact, the total funding in mental health start-ups for the first six months of the year, already exceeds what was raised during the full-year 2019.

The global healthcare sector now has 46 private companies with a valuation of over a billion, cumulatively valued at $117 billion, estimates CB Insights. Companies on this list include Tempus, an AI-based precision medicine start-up, Grail, a developer of a blood test for early cancer detection and Hims, an e-commerce and telemedicine brand that is reported to be exploring public offering through a merger with a SPAC.