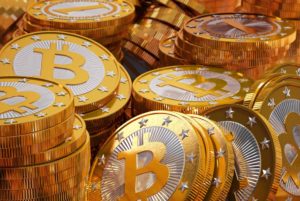 (Reuters) – Venture capitalist Tim Draper won the U.S. Marshals bitcoin auction earlier this week that captured about $18 million for 30,000 bitcoin, according to a statement emailed to Reuters on Wednesday.

“With the help of Vaurum and this newly purchased bitcoin, we expect to be able to create new services that can provide liquidity and confidence to markets that have been hamstrung by weak currencies,” Draper said in the statement by Vaurum, a bitcoin trading platform.

“Of course, no one is totally secure in holding their own country’s currency. We want to enable people to hold and trade bitcoin to secure themselves against weakening currencies,” the statement said.

Vaurum Chief Executive Officer Avish Bhama said Draper would partner with Vaurum to leverage the pool of about 30,000 bitcoin as a liquidity source in emerging markets.

“It’s still quite difficult to get access to bitcoin in these developing economies—and that’s exactly where it is needed the most,” said Bhama. “Our goal is to build reliable infrastructure and increase liquidity, which are two major challenges in the ecosystem.”

Bhama did not disclose Draper’s bidding price for the crypto-currency.

On Tuesday, the U.S. Marshals Service said there was only one winner of the auction. It auctioned off bitcoin seized from the Silk Road drug ring. There were more than 40 bidders in the auction, with a number of well-known players in bitcoin saying they were unsuccessful.

Draper is an active investor who has invested in more than 1000 private companies. He founded Draper Associates in July 1985. The firm’s investments include Skype, Hotmail, Tesla, Baidu, Theranos, Athenahealth, Solar City, Box, and Parametric Technology.

(Reporting by By Gertrude Chavez-Dreyfuss; Editing by Bernadette Baum)