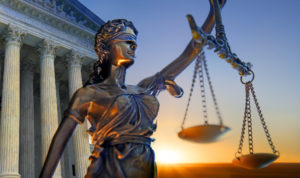 A Silicon Valley wunderkind who marketed his venture capital advisory firm as the way to harness the power of young tech innovators is facing up to 30 years behind bars on charges he conned investors out of $18.8 million while he bought himself a celebrity lifestyle, federal authorities say.

On June 26, federal prosecutors in San Francisco unsealed an indictment charging Rothenberg, 36, with one count of wire fraud, alleging that he bilked some 200 investors who thought they were backing rising tech companies when in fact they were subsidizing Rothenberg’s racing car-and-luxury suites-lifestyle.

Separately, federal prosecutors charged him by information with 23 other criminal counts, including bank and wire fraud, false statements, and money laundering. Charging by information usually indicates that the sides have worked out a plea agreement, because a defendant can only be charged that way if he or she waives their right to have a grand jury hear their case.

Rothenberg’s fraud began as early as 2013, federal prosecutors say in the charging documents. In 2014, Rothenberg lied about his wealth to his bank to refinance his home mortgage and obtained a $300,000 personal loan, which he poured into one of his firm’s funds.

Meanwhile, he was helping himself to excess fees he was charging investors. To hide the fund’s shortfalls, he lied again to his bank in 2015, obtaining a $4 million credit line, the charging documents state.

The following February, Rothenberg took another $2 million from an investor who thought the money was going into a virtual reality company called River Studios that Rothenberg claimed to own. All in, Rothenberg pocketed some $18.8 million from his schemes between 2013 and 2016, the charging documents state.

The money helped Rothenberg cut quite the profile in Northern California: a private racing car team, a suite at Golden State Warriors’ games, even renting out the San Francisco Giants home ballpark for a “Founders Day” event.

SEC regulators came calling a few years ago, and Rothenberg sent out a desperate, last-minute e-mail to investors admitting that he had spent $5 million on his racing team. It wasn’t enough disclosure for a federal judge, who ruled that Rothenberg had used his firm’s funds as his own cash machine (see affiliate publication Regulatory Compliance Watch, Oct. 25, 2018) and hid it from his investors. Rothenberg agreed to a five-year bar a short while later.

Rothenberg’s case is also a lesson on the importance of separating a firm’s compliance and firm’s business operations. Rothenberg Ventures’ most recent Form ADV lists Rothenberg as the firm’s sole “manager,” playing the roles of CEO, CFO and CCO.