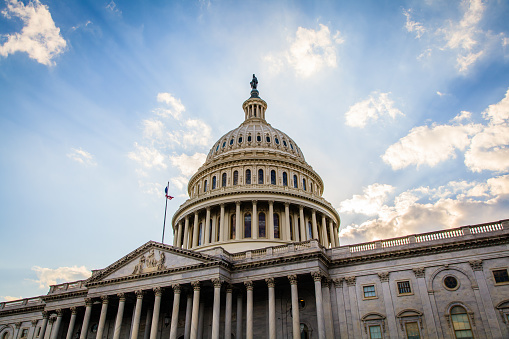 At the beginning of March, Bolt Mobility, an e-scooter company with permits to operate in multiple cities in the US and internationally, announced a $30 million Series A round at a $100 million valuation.

But when the covid-19 pandemic escalated and lockdowns began later that month, the Miami-based start-up’s revenue dropped substantially as authorities prohibited the use of e-scooters.

The company had cash in the bank, but its runway was significantly shortened, said Maggie Vo, general partner and chief investment officer of Rokk3r Fuel, the VC firm that led Bolt Mobility’s Series A.

In fact, Miami-based Rokk3r Fuel advised all of its 16 US-based portfolio companies to apply for PPP. Only six companies qualified for the loan, according to Vo. The firm is currently investing out of a $224 million second fund.

“Most of our companies are seed and Series A companies. Eighty percent of their expenses go to payroll,” Vo said, adding that the PPP loans have been a “lifesaver” for the firm’s portfolio companies.

While not all Rokk3r Fuel’s portfolio companies were equally impacted by shutdowns, Vo explained that taking PPP loans was a financially prudent decision for its investments.

When asked if Rokk3r Fuel’s start-ups could have raised additional capital, Vo said, “raising more capital would have diluted ownership, and company valuations would have to take a big hit in this environment.”

PPP was set up to protect the jobs of workers employed by small businesses, but the program drew criticism when it became apparent that the list of companies to receive PPP assistance, funded by tax-payers’ money, went to some companies backed by venture capitalists.

Some of the start-ups that applied for the loan eventually decided not to take the money fearing public blowback.

Optics were a big part of the consideration for VC managers, most of whom were helping their portfolio companies navigate the PPP process, said Michael Kim, founder of Cendana Capital, a seed-stage fund of funds.

Similarly, Matt Lyons, a partner with a law firm Shearman & Sterling who advised VC firms and start-ups on the PPP process said, “Some VCs advised their portfolio companies not to take the money because it could have been perceived that the money went to VCs as opposed to legitimate uses, such as payroll and preventing layoffs.”

Maybe 10 percent of VC firms aggressively pushed companies to apply for the loans, and another 10 percent were dogmatically opposed to governmental assistance, but the vast majority of firms considered the PPP program for its companies on a case by case basis where it is was most needed, Lyons said.

Vasudev Bailey, a healthcare-focused partner with ARTIS Ventures, said via email that some of the firm’s portfolio companies looked at PPP options, but the companies that applied withdrew their applications. “Our CEOs felt strongly about not taking money away from labs, retail and consumer businesses that really needed access to capital,” he said.

Since many clinical trials were on hold, some of ARTIS investments were impacted by covid-19, Bailey said. But most of these companies knew they would recover, and their cash position was strong enough to weather the shutdown, he said, adding that optics was not something the firm considered when deciding not to take the PPP loan for the firm’s investments.

More than 5,500 VC-backed companies received forgivable loans of $150,000 or more from the government’s program, according to the analysis by PitchBook. These companies included dozens of well-capitalized start-ups, such as a rental service Getararound, which received at least $5 million, and Revolution Foods, a maker of meal kits, that obtained a loan of $7.95 million, as reported last week by Venture Capital Journal.

Lyons said that most VC-backed companies that sought and received PPP loans were legitimately and significantly impacted by the shutdowns and used the funds for their intended purposes.

As for Rokk3r Fuel’s outlook, Vo said, “Our companies are working very hard to get back to normal. In the meantime, many of them are leveraging government support to keep the lights on.”