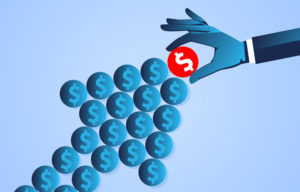 The venture capital secondaries market is far bigger than most estimates suggest, according to research by a market pioneer.

This represents a 72 percent increase on 2020 and is 40 percent higher than the $75 billion of transaction volume seen in the previous record year of 2019.

Industry Ventures expects VC secondaries deal volume to hit $130 billion in 2023, driven by further growth in the primary market as well as the increasing acceptance of GP-led transactions as a means of getting liquidity for LPs.

This growth derives from a rapidly expanding primary market – VC funds raised $1.7 trillion in the last 10 years compared with $406 billion in the previous 10 years.

Much of this was raised by growth equity and late-stage VC funds to invest in companies becoming increasingly larger under private ownership. This has coincided with a raft of non-traditional VC investors entering the market.

As is the case in the PE secondaries market, there is a gap in pricing expectations between buyers and sellers of VC stakes. The decline of tech stocks and the resultant impact on private valuations is likely to compel sellers to cut their losses via the secondaries market.

“Some decided to sell, some made adjustments to prevent [a sale] from happening during the quarter, but they still have to sell. It’s a matter of time,” said Swildens.