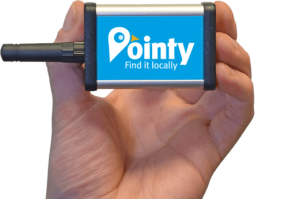 Amazon has long been criticized as a retail killer, the bane of big-box stores and mom-and-pop shops everywhere. Even President Donald Trump recently weighed in, tweeting that Amazon is “doing great damage to tax paying retailers. Towns, cities and states throughout the U.S. are being hurt – many jobs being lost!”

But as this president has done a number of times, he may have overstated the issue. After all, second-quarter e-commerce sales accounted for less than 9 percent of total retail sales, according to the U.S. Department of Commerce.

“Every major retailer in every board meeting is being asked, ‘What are you doing about Amazon?’” says Scott Friend, a managing partner at Bain Capital Ventures and an active investor in retail-tech startups. “So, suddenly retailers are opening their wallets. They are going on the offensive and arming themselves with the tools and technologies that can help them better compete on a global scale.”

Investment in the retail-tech space surged last year. In 2016, retail-technology startups attracted $384 million in funding, more than 2014 and 2015 combined, according to Crunchbase. Funding has fallen off that hectic pace so far in 2017, with $132 million invested in 59 retail-tech startups in the first half.

One venture-backed startup is Flow, which closed $16 million in Series A financing from Bain Capital Ventures, Forerunner Ventures and Fung Capital. Flow’s platform eases the way for retailers to sell their goods across multiple regions and geographies.

The reality is that even though many brand-name retailers are facing fierce competition from Amazon, their international business is taking off. With the rise of mobile commerce, consumers worldwide expect to be able to shop on their phones with any merchant, no matter where they are.

“Consumers in Japan are discovering J.Crew and people in Malaysia are discovering Home Depot,” Friend says. “The expectation is that it should be easy to transact with these retailers, but in fact it is not. Cross-border commerce can still be super painful. And that’s what generated the opportunity in Flow.”

Flow helps retailers localize their sites so consumers can shop in their own currencies. It also calculates local taxes, shipping costs and delivery times for every transaction.

Say a customer in Seoul is shopping online at Nordstrom.com. The total comes out to $100 and then, three weeks later, the product arrives and the customer is forced to pay an extra $100 in shipping fees and taxes.

If an unhappy customer sends the product back, Nordstrom loses the sale, and it is also saddled with the cost of round-trip shipping. When that happened once a year, large retailers didn’t really care. But when it happens 10 times a day, it matters a lot.

“To correctly calculate the shipping, you need relationships with all the last-mile shipping vendors in every local country,” Friend says.

What’s more, duties and taxes are arcane, varying by product and even by ingredient of product. For instance, a coat with a fur lining could have higher duties than the same coat without the lining. “This is all really complex stuff,” Friend says. “And nobody really had it figured out.”

Another retail-tech startup that wants to give brick-and-mortar merchants a leg up is Pointy, which raised $6 million from Frontline Ventures.

The startup enables local retailers to put their inventory online with a simple gadget that connects to a barcode scanner and automatically beams scanned items to a Pointy-powered website.

This is significant because most physical retailers, even very large ones, have only about 10 percent of their products displayed online, says Pointy.

“Amazon is where you go for online product search, but Pointy will be where you go for offline product search,” says Will Prendergast, a partner at Frontline. “Pointy can make all the products in physical stores around the world searchable online. Once the complete data set exists online, consumer shopping behavior will change and there will be many different ways of monetizing these products.”

Yet another interesting startup is BlueFox.io, which this year raised $7 million from Baseline Ventures, Panasonic and NewGen Capital. Bluefox enables retailers to track the mobile devices that enter their physical locations, without tracking the users themselves.

The retailer knows that a phone just entered the store, but it doesn’t know who owns that phone. As result, there are no privacy violations.  And unlike similar technologies like beacons, BlueFox requires no opt-in on the consumer’s part and does not depend on the phone’s Bluetooth being turned on.

“The technology can see that a particular device is now browsing in the pants section and can then send some information to that device about the pants on display, or even deliver a coupon for 20 percent off,” says Homan Yuen, a managing partner at NewGen Capital.  “It’s all about converting the sale and improving the overall shopping experience.”

The technology can also detect whether a bunch of devices are roaming around, say, the sweater section. With that information, the manager could opt to put an extra sales rep in that part of the store. Or maybe 50 phones were in the bathroom over the previous hour, so now it’s time to clean it up.

“One of the reasons brick-and-mortar retailers are losing business is because they aren’t competing with the customer service that Amazon provides,” Yuen says. “They aren’t giving consumers a reason to come through the door.”

One way to combat that is by using data much more efficiently. “Technology can better help these retailers cater to each and every consumer, especially as data and artificial intelligence becomes more prevalent,” Yuen adds.

It’s not just physical retailers that need to better compete against Amazon. It’s also pure-play e-tailers that exist solely online. One of their biggest pain points is product returns. About 30 percent of all products ordered online are returned compared with around 9 percent from brick-and-mortar stores, according to Invesp. And it’s costing online retailers billions.

That’s why a startup called Happy Returns wants to make refunds faster and more efficient. The company, which recently raised $4 million in Series A funding led by Upfront Ventures, enables online retailers to offer an in-person return option for customers.

Happy Returns operates 40 return bars across the U.S., where consumers can return their unwanted purchases and receive immediate refunds.

“Talk to any online or multichannel retailer and you’ll hear the same litany of complaints : Online returns are a serious challenge,” said Greg Bettinelli, a partner at Upfront, in a blog post. “Finding a way to address this friction across the board would be an online retail-game changer.”

He says offering in-person returns can eliminate customer-service friction and lower return-shipment costs. “And I expect in-person returns to be a major win for online shoppers, for whom the packaging, shipping and return of online purchases remain a major PITA (pain in the ass),” he adds.

It’s not entirely clear whether startups like Happy Returns, Flow, Pointy and Bluefox can prevent Amazon from dominating the retail category. But at the least they are giving retailers a well-needed boost.

“Great new technologies are getting built that help existing retailers be more successful,” says Friend at Bain Capital. “As a venture investor, I want to be a part of that.”

The Pointy box, which connects between a retailer’s barcode scanner and point-of-sale or cash register. Photo sourced from Pointy website.

Neocova snags over $9.5 mln Series A