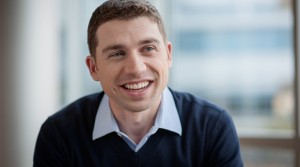 VCJ affiliate news service Reuters reported in early December that Kevin Efrusy, who as a junior partner helped to bring Facebook to the attention of Accel, said he will not be a managing member of the firm’s next venture fund. Accel’s investors expect the firm to raise more capital early in 2014. Accel raised its latest funds, Accel XI, at $475 million, and Accel Growth Fund II, at $875 million, in 2011.

“It’s a technical change I asked for that they accommodated,” Efrusy told Reuters, adding he didn’t want so much involvement in decision-making at the firm level. “I’m here, I’m doing investments, I’m not retiring. I’m working full time.”

Meanwhile, Theresia Gouw Ranzetta has told her portfolio companies that she, too, will pass on a managing member role with Accel’s next fund, two people familiar with the matter said. She also will stop making new investments.

A spokeswoman for Accel did not immediately respond to a request for comment on Gouw’s move.

In her 14 years at Accel, Gouw has led many successful investments, such as data-security service Imperva and real estate company Trulia. Gouw wants to scale back her commitments to have more free time, a person familiar with the matter said.

Gouw will retain her 14 board seats and continue to advise the companies she is backing currently, the person said, including cosmetics-subscription company Birchbox, hotel-booking service Hotel Tonight and online retailer ModCloth. Like Efrusy, she will continue to attend partner meetings.

Gouw’s decision to ratchet back on her role will leave Accel’s Palo Alto, Calif.-based headquarters, like many firms in Silicon Valley, without a female managing member. Women comprise just 11 percent of venture capitalists, according to the National Venture Capital Association. Accel has a senior female partner, Sonali De Rycker, in its London office.

Although two partners from Accel Partners will not be actively involved in he next fund, the firm annoucned in December that Brian O’Malley is joining the firm as a partner, focused on early-stage deals.

O’Malley had been with Battery Ventures since 2004, where he led the firm’s seed and early-stage practice and focused on investments in consumer Internet services, cloud services and software. Among his deals, O’Malley invested in Bazaarvoice and Skullcandy (both of which have gone public), as well as Insitu (acquired by Boeing). Other investments of O’Malley’s at Battery include Brightedge, HotelTonight and S?sh.

Prior to joining Battery, Brian spent several years as an entrepreneur, most recently at Bowstreet Inc, where he helped build Web service-based API integrations, according to his online bio. He started his career as a Web developer for Motorola Computer Group during his sophomore year of college at the Wharton School at the University of Pennsylvania.

“I feel privileged to join the team,” O’Malley said in a prepared release. “The group at Accel has consistently invested in and helped build some of the most exciting and defining technology companies from the earliest stages, across multiple categories, ranging from consumer apps to enterprise infrastructure.

Kleiner Perkins Caufield & Byers appointed John Maeda as design partner. Maeda joins KPCB from the Rhode Island School of Design, where he was president since 2008.

In addition, the firm said that General Partner Bing Gordon, who was the former chief creative officer at Electronic Arts, will become the firm’s chief product officer, leading KPCB ProductWorks, the firm’s program to help support entrepreneurs with mentoring, recruiting and other services. Maeda will similarly play a role in ProductWorks by helping entrepreneurs build design DNA into their company cultures. Maeda, along with General Partner Mike Abbott, former vice president of engineering at Twitter; and Partner Megan Quinn, former head of product at Square, will all be working on ProductWorks with Gordon.

Chi-Hua Chien, who joined Kleiner Perkins Caufield & Byers in 2007, is reportedly looking to launch his own fund as he transitions out from the firm.

Gordon said that he will continue to make investments and take board seats on behalf of Kleiner Perkins, but will scale back his company board activity.

In October, the firm sent a letter to LPs informing them that its early-stage activity will be led by a group of just five managing directors: John Doerr, Ted Schlein, Randy Komisar, Beth Seidenberg and Abbott.

Meanwhile, Partner Chi-Hua Chien, who joined the firm in 2007 and has led the firm’s involvement in Path, Klout, Chegg and Zaarly,  is reportedly looking to launch his own venture fund as he transition out from Kleiner Perkins.

Srinivasan made his name around pre-pregnancy testing he developed for various diseases. His interest in using technology to solve physical predicaments will come into play at Andreessen.

Srinivasan did not immediately respond to an email seeking comment.

In July, the firm said that its partner John O’Farrell, who joined Andreessen Horowitz as its third partner in 2010, would be stepping down from his investment role.

Relay Ventures promoted Alex Baker to partner. Previously, Baker, who is based in Relay Ventures’ Toronto office, worked as a management consultant at BearingPoint and  PwC Consulting. Relay Ventures is an early-stage venture firm with offices in Toronto and Menlo Park, Calif.

Seed-stage investor SparkLab Global Ventures has brought on Brian Behlendorf, co-founder of the Apache Project and managing director at Mithril Capital Management, and Jonathan Teo, a venture capitalist, as advisors to their fund.