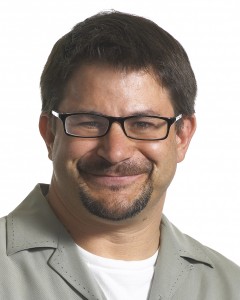 Given their long investment timelines, VCs often say getting involved with a startup entrepreneur is more like getting married than it is simply doing a deal.

By some measures, they are right.

Although the average portfolio company takes about five years from initial startup investment to reach an exit, according to investment data provider Preqin, it is not uncommon to wait a decade or more. Meanwhile, the U.S. average for marriage that ends in divorce is about eight years.

Since startups and early-stage venture capitalists can expect to be hitched for a long time, it makes sense to get to know one another before signing on the dotted Series A line. Sadly, that often doesn’t happen. Hot startups routinely attract multiple term sheets and close rounds in a few weeks. That leaves little time for VCs and entrepreneurs to complete their diligence on each other, let alone figure out whether their personalities and decision-making styles are compatible.

That could be a costly oversight.

Investors speaking at September’s Incubate conference in Woodside, California, said that they generate higher returns from investments in founding teams with whom they already have an established relationship.

So how long should one date before consummating an investment? Nabeel Hyatt, a venture partner at Spark Capital, said his firm has had the best success with companies when partners knew founders for a year or more. Hany Nada, managing partner at GGV Capital, said the firm has found nine months or so to be the optimal term for getting to know founders prior to investing.

Even for rounds that come together faster, Hyatt said: ”It shouldn’t be shotgun wedding.” Better to take at least a few weeks for some initial meetings and diligence.

For founders and VCs who remain together through a long-term relationship, the potential payoff is enormous. That, at least, was the perspective from David Hornik, partner at August Capital, who recently blogged about his long-term investment in online rebate platform Ebates.

August initially backed in Ebates in 2000, a flush period for Internet startup funding. In the following years, the founders weathered the drought of the dot-com implosion, built a cash-flow positive business, and stayed private.

In 2012, when Ebates needed some later-stage capital to fund acquisitions, August doubled down. The firm was the largest stakeholder in Ebates when Japanese ecommerce giant Rakuten announced this summer that it would buy the company for $1 billion.

While Hornik is proud of his firm’s 14-year commitment to Ebates, it’s not his longest relationship. This summer, he also celebrated his 20th wedding anniversary.