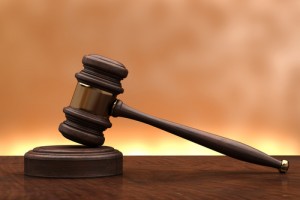 Venture firm Formation 8 was dropped as a defendant in a U.S. civil lawsuit that accused one if its co-founders, Joe Lonsdale, of sexual assault, according to a court document filed Thursday.

In the filing, attorneys for plaintiff Elise Clougherty did not explain their reasoning, but said the case, filed in January, should move forward only against defendant Lonsdale, who is also a co-founder of Palantir.

Clougherty, a former girlfriend of Lonsdale and who started dating him in 2012 while she was a Stanford student and he was her mentor, accused him of sexual assault and related charges. The case has gripped Silicon Valley, in part because of its lurid details.

In a countersuit, Lonsdale denied the charges, accusing Clougherty of defamation and emotional distress as part of a “vicious and vengeful campaign” that seeks to destroy his reputation.

In her original suit, Clougherty accused Formation 8 of negligent supervision, saying she worked for Lonsdale and Formation 8 as an intern in the summer of 2012.

Clougherty’s complaint against it lacks merit, Formation 8 said in a February filing, in part because Clougherty did not identify any harm she suffered as a result of negligence by Formation 8, only from her personal relationship with Lonsdale.

The allegations against Lonsdale have surfaced as another high-profile case involving a venture-capital firm and gender issues in Silicon Valley reached the trial stage. Ellen Pao, a former partner at Kleiner Perkins Caufield & Byers, is set to testify in coming days in her discrimination and retaliation suit against that firm.