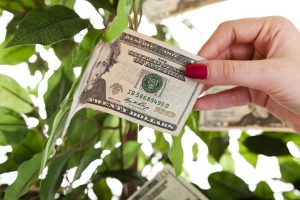 Venture capital investing in the United States pulled back modestly in the fourth quarter, but maintained an elevated pace and pushed 2018 to a post dot-com record of $99.5 billion, according to a new report.

VCs put $25 billion into 1,211 companies in the final three months of 2018, an 11 percent retreat from the third quarter, but still the year’s second strongest quarter, according to the MoneyTree report from PricewaterhouseCoopers and CB Insights.

Deal volume fell 9 percent as big rounds continued to rule the day. The quarter saw 49 rounds of $100 million or more, the report found.

Keeping step, deal sizes were up across all stages compared with the third quarter with a median of $37.5 million for later stage transactions. In the quarter, corporate investors held steady with participation in 28 percent of deals. A year ago, corporate venture groups joined 23 percent of rounds.

Meanwhile, seed-stage deal share fell for the third year in a row.