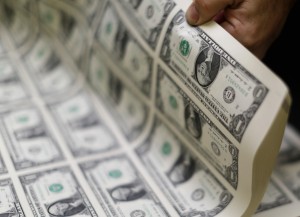 Venture capital fundraising appears to have slowed in the fourth quarter after a big pick up early in 2014 raised expectations of a banner year.

As the end of November approached, only $2.7 billion had been raised in the quarter by U.S.-based venture funds, according to data from Thomson Reuters.

An end of year flurry of fund closings could occur. But unless the December rush is massive it will be hard pressed to lift the final three months to this year’s quarterly average of slightly more than $8 billion.

Regardless of a slow fourth quarter, the year will end well ahead of 2013 and set at least a seven-year high for fundraising. Through Nov. 23, U.S.-based funds have raised $26.9 billion, a big boost, according to Thomson Reuters.

So far, the quarter’s falloff is substantial. More than $10 billion was raised in the first quarter and just shy of $8 billion in the second quarter. The third quarter finished with almost $6.2 billion raised, according to the Thomson Reuters data.

In the fourth quarter, the largest fund raised has been Canaan X, which collected $675 million. Thrive Capital Partners IV attracted $250 million and OpenView Venture Partners IV took in $230 million, the data show. BlueRun Ventures V closed on $140 million. All together, 40 funds have raised money. (See the accompanying table for the complete list.)

Sources say the fourth quarter total could be lifted by a Tiger Global Management fund, believed to be targeting $1.5 billion. A Tiger Global spokesperson declined comment.

New Enterprise Associates also has feelers out, though sources say a 2015 closing is most likely.

Even if Tiger did close, it would take more than that to push the quarter to this year’s trend line.