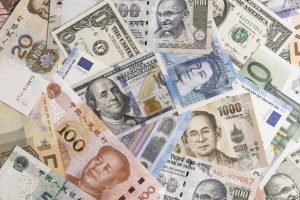 The environment for VCs and tech entrepreneurs in Japan has undergone a seismic shift for the better in recent years. Not long ago, the common complaint in Silicon Valley was that no one in Japan would take your call and that it was virtually impossible to get anyone to take risks on a startup venture.

Although that reputation lingers, in reality there has been a 180-degree shift in the past few years as Japanese CEOs have increasingly made access to innovation a corporate priority.

That’s good news but it also creates a problem. Too many VC-backed startups are rushing in without a road map for how Japanese business works, resulting in predictable burnouts. It’s not unusual, for example, to see foreign entrepreneurs deflated after a Japanese firm sits on its hands for years after showing initial interest. A couple of years assessing the opportunity means nothing for a Japanese conglomerate, even though it’s a life-or-death delay for a founder.

This deliberate style can be just as difficult to manage for VCs. American general partners with a concrete sense of proper exit times can be confounded by a country that simply doesn’t run on the same schedule.

Japan may have changed a lot in recent years, but its economy and business culture are still largely defined by the top-down, formalized structure that emerged after World War II. That’s why any startup trying to enter Japan should reach for the history books before partnering with any locals.

The banking and industrial conglomerates that still dominate Japan’s economy (known as keiretsu) have their origins in the Meiji era when they emerged from family businesses with cozy connections to new ruling classes. Known then as zaibatsu, the big four were Mitsui, Mitsubishi, Sumitomo and Yasuda.

After World War II, the U.S. moved to break up the zaibatsu, seeing them as too closely linked to the imperial past, concentrating too much power in a few hands, and being a prime cause of the pre-war militarization. Despite this, the industrial groups managed to evolve and endure, becoming a more informal, more loosely affiliated version of the old zaibatsu. Keiretsu companies were no longer allowed to hold shares in each other, so instead flocked around a main group bank that effectively became a holding company for the group.

That system built Japan’s post-war economic miracle, and has largely persisted through a quarter century tainted by deflation and tepid growth. These days, there are about 10 keiretsu, which is often translated as “banking group,” but only three that really matter: Sumitomo-Mitsui, Mitsubishi and Mizuho. Some well-known companies like Toyota and Sony have broken away to form their own, smaller groups that are more vertical in structure, yet they still retain some connection to one of those three.

The ties that bind the companies in each keiretsu remain potent even if they aren’t formal or transparent. Global brands Nikon and Kirin, for example, don’t go out of their way to present themselves as part of the Mitsubishi group, but invariably they will have a preference for doing business with a company in the same keiretsu.

What does all this mean for a foreign venture seeking Japanese funding or partners? The key lesson is that businesses need to be acutely aware of who they are dealing with and the extent to which their keiretsu links will help or hinder.

It isn’t only small startups that run into difficulties in this way. Some bigger foreign entrants have shown a surprising lack of understanding of the keiretsu system.

When PayPal Here, PayPal’s mobile credit card and point-of-sale solution, launched in Japan in 2013, it opted to partner with Softbank Corp, which has close links to Mizuho Bank. This was despite that fact that rival keiretsu banks Sumitomo-Mitsui and MUFG were much stronger in the Japanese credit card sector. That strength meant that while PayPal Here had to wait 18 months to wade through a thicket of government regulations, its competitors were able to cut through that same red tape in less than half the time. A difference that doomed PayPal Here’s chances, despite its popularity elsewhere.

It’s not that companies and banks from different keirestu won’t work with one another. But things are likely to go a lot more smoothly if you bank with the same group as your partner.

That’s not to say it’s impossible to establish links with partners in more than one keiretsu. But entrepreneurs need to be aware of the history and culture to avoid missteps. For example, if you meet with NTT Docomo, the country’s top mobile phone operator and a member of the Mitsui-Sumitomo keiretsu, it would be best not to emphasize any relationship with Mizuho. The intensely symbiotic nature of keiretsu means you may potentially be giving away important information to a competitor, for example, when all you’re intending to do is grow your business with an ally.

Appearances are important, so even if you have ties to a separate keiretsu it’s best to avoid emphasizing that when you talk to a different company. It’d be like going to a meeting with the Hatfields and thinking it were appropriate to lead with your strong relationship with the McCoys.

It can make people feel uncomfortable and raise a red flag that you don’t understand Japanese business. Which, as history tells us, is the key to actually getting ahead in Japan.