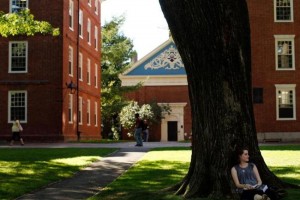 Venture capital was one of the weakest-performing asset classes for endowments in the 2013 fiscal year ending June 30, lagging far behind domestic and international equities, distressed debt and buyouts during a strong year overall for returns.

On average, VCs posted a return of 6.1 percent in fiscal 2013, according to the NACUBO-Commonfund Study of Endowments released this week. That’s down from the 6.4 percent average return VCs posted the prior year. It’s also far below the return across asset classes – which averaged 11.7 percent in the year.

The report surveyed 835 U.S. colleges and universities for the fiscal year. It found that domestic equities generated the highest average return, at 20.6 percent, followed by international equities, at 14.6 percent.

Overall, endowments allocated an average of 4% of their assets to venture capital in the year. The institutions participating in the study represented $448.6 billion in total endowment assets as of the end of the fiscal year.