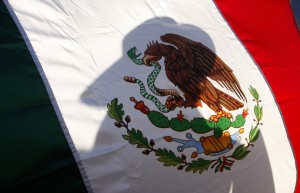 Mexico is starting to get noticed for the right business reasons: a fast-growing economy, an emerging middle class, and a burgeoning startup ecosystem that’s producing innovative tech companies.

And some venture investors are willing to view Mexico in this new light. Take, for example, Paul Ahlstrom, co-founder of Alta Ventures. The firm recently closed a $70 million early-stage venture firm focused on the Mexican market, the largest VC fund in Mexico’s history.

“Everyone just sees this big cloud at the border, and can’t get past the negative news, so they miss what’s really going on down here,” says the American-born VC who now resides in Monterrey, Mexico.

Ahlstrom, who previously co-founded a venture firm in Utah called vSpring Capital (now known as Signal Peak Ventures), admits that he, too, was one of those people who dismissed Mexico out of hand.

“Honestly, I had a massive bias against Mexico going into this,” he says. “My mom was born there and I went there a bunch of times growing up. It was this dusty place where nothing was going on.”

But Ahlstrom says he looked into the market and was shocked at what he found. Of all the emerging economies, Mexico is one of the most stable and fastest growing, with relative low debt and relatively high GDP. It has a higher average income than Brazil, and even higher then China and India combined, making it the world’s 11th largest economy in terms of purchasing power. It also has low inflation, a growing savings rate, and a young population that is Internet-connected and educated.

In fact, the country currently has about 400,000 engineering students, which is on par with the U.S. talent pool. And many of the nation’s 100 million people are wired. Nearly half the population is connected to the Internet, one in five residents own a smartphone, and Mexico is the fifth largest country in terms of Facebook users and seventh in Twitter users.

So at a time when his VC peers were packing their bags for China, India, and Brazil, Ahlstrom headed south.

“I literally started with a clean slate, so I could have picked any country in the world to start a new fund,” Ahlstrom says. “I was as shocked as anyone when the data pointed me to Mexico.”

A few short years ago, the country had absolutely no startup or venture scene to speak of. Today, there are dozens of Silicon Valley-style accelerators programs, such as Startup Factory, BlueBox Startup and Wayra churning out hundreds of digital startups.

What’s more, Startup Weekend, the group that organizes weekend-long startup competitions worldwide, has 13 chapters in Mexico, more than anywhere else outside than the United States. The organization plans to expand to 20 chapters in Mexico by the end of the year.

A sign that Mexican startups are making progress occurred this summer when the well-known Silicon Valley angel investor Dave McClure and his 500 Startups seed fund swept into Mexico and acquired Mexican.VC and its portfolio of up-and-coming Mexican startups. In typical, over-the-top McClure fashion, he trumpeted the acquisition with a blaring blog headline that announced, “Mexican entrepreneurs: We’re coming for you, bitches!!!”

The government, too, is now getting in on the action and supporting local talent. In July, the National Finance Bank (NAFIN) and the Ministry of Economy teamed up to launch Mexico’s first seed capital fund. The new $22.5 million fund marks the beginning of a new era of entrepreneurship in Mexico, says Sergio Romo, who runs a small Mexican VC firm called InvestoMex.

“We need to take responsibility for this fund and promote our dreams through innovation and technology, becoming entrepreneurs motivated by more than money, creating solutions to problems which will allow us to build a better Mexico and overcome adversity,” he writes in a blog post.

Of course, venture capital is not the answer to all of Mexico’s problems, but it is a step in the right direction. While there is no real data to quantify what is happening in Mexico, the startup market has apparently gone from zero to 60 in a matter of a few short months.

“Probably between 10 and 20 companies have received funding in the last year or so, with many more coming out of accelerator programs,” says M. Christopher Johnson, who chronicles Mexican startup activity on his Latin American Startup Blog.

Cesar Salazar, founder of Mexican.VC, says there is plenty of anecdotal evidence that suggests Mexico is an emerging tech powerhouse.

“The startup community has come together in the last year,” he says. “Before, there were no events, no community initiative. That has all changed for the better.”

The talent was always there in Mexico, he argues, but no one knew each other, which prevented people from starting new companies. Today, he says, “We have at least 10 events every week from founder dinners to Startup Weekends to hackathons to venture capital conferences. So everything is set up to build a lot of digital companies that are serving the local market. Plus, we have a very large economy, which makes the opportunity here even more attractive.”

As for the types of digital startups coming out of Mexico, industry watchers like Johnson see two primary flavors. The first type are copycats or clones of successful U.S. companies, but tweaked for the local Mexican and Latin American markets. These include startups like Carrot (a Zipcar clone), Conekta (a Shopify clone) and Torneo de Ideas (a 99Designs clone).

Other startups take a more novel approach, like Bandtastic, a crowdsourcing concert selection and promotion company, and Yogome, which is developing innovative educational games for schoolchildren on the iOS platform.

Johnson notes that the Mexican market, with its 100 million people, is large enough that startups can initially focus on the local market without having to worry about acceptance in other regions. Since Mexico is home to the world’s largest concentration of Spanish-speakers, it offers the perfect gateway to the billion-person strong Latin American market. And, compared to other Latin American economies, Mexico has the distinct advantage of being closest to the U.S, geographically and culturally.

Though there have been no breakout successes in the Mexican startup market, investors point to Wowzer as the model to follow. Wowzer, which is focused on video screening and interviewing technology for job recruiters, came out of the 500 Startups accelerator program before landing $2.5 million in Series A funding from DCM.

And while there are encouraging signs that the Mexican startup ecosystem is finally getting off ground, the whole endeavor could still be in danger of a crash landing. The biggest challenge, as with all venture markets, is liquidity, or lack thereof.

For starters, the stock market in Mexico is thinly traded and it’s extremely hard for small companies to get listed. In fact, just two public companies account for more than 30% of the total stock market value. Also, there is not exactly a rich history of M&A activity in the country.

Even talking about venture-style exits at this point seems wildly premature. Most Mexican startups don’t have access to basic capital, and even if they raise seed funding from an accelerator program, it’s unlikely they will be able to land follow-on financing, at least at this juncture. With the exception now of 500 Startups, there are no foreign VCs based in the market, and local venture players are in short supply.

Alta’s Paul Ahlstrom admits that it will take time to create more depth and diversity in the market. He spent the two years laying the groundwork before launching his fund. He created a program called the e100 to identify and award the best emerging tech startups in the country. He hosted the country’s first VC conference. And he made a point of raising the majority of his $70 million fund from Mexican family offices.

He says what’s required is massive local investment, such as wealthy families in Mexico to support the venture industry and get the asset class started, much like the Rockefellers did in the United States.

Still, getting Mexico to fully embrace VC remains an uphill battle. The literal translation of “venture capital” in Spanish is “risk capital.” In Latin America, where risk is shunned, that’s the equivalent of calling it, “take your money and throw it away.” So the pioneers in the market had the good sense to rename it “Capital Emprendedor,” or entrepreneurial capital. So far, the name has stuck.

Changing the mindset has not been easy. Jorge Zavala, CEO of TechBA, says Mexico has come a long way since he and his government-backed organization, which mentors fledgling startups, began espousing the benefits of tech entrepreneurship in 2004. At first, he says, he would just get a bunch of blank stares when he told people what he did.

“Nobody invested in startups or created new companies other than the richest families,” he says. “But there’s been a huge change over the last few years. People now understand the value of bringing seed and early-stage venture capital into Mexico.”