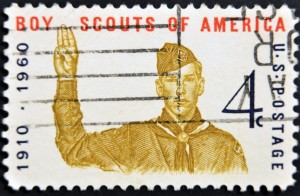 Silicon Valley is buzzing with the news that Sequoia Capital has been operating a stealth “scout” program for the past three years. Given Sequoia’s successful track record, other venture firms are likely pondering whether they should start similar programs. My advice: proceed cautiously, with advice of counsel, and document all transactions carefully.

PandoDaily broke the news about the scout program. Sequoia didn’t provide the exact details of the program, but PandoDaily reported the following:

• Scouts “were at liberty to describe what the relationship is and where the money was coming from in their own way, but the scouts were never ever told to obscure the relationship with [Sequoia].”
• Scouts get to keep the upside, with “the bulk of the returns go to the scout, not the firm.”
• Wire transfers for scout angel investments apparently came directly from Sequoia
Many are asking whether this arrangement is legal. Although very little detail has been disclosed, nothing indicates there is anything unlawful about the arrangements. Sequoia presumably vetted its proposed scout transactions with sophisticated counsel and executed the deals with appropriate contracts.

If you’re considering starting a similar program, you and your legal counsel will need to sort through a host of legal questions before proceeding. Among them:

I’ll look at the first two questions in today’s column, then dig into the other questions in upcoming columns.

Who is the investor, the scout or the VC?

The technical answer to “who is the investor” on the startup’s records is determined by the investment contracts between the angel investor and the startup. Despite hotly contested business issues in an angel investment like valuation, liquidation preferences, and corporate control (voting and board representation), the deal itself is fairly simple. An angel invests capital and receives an interest in the company, usually structured as preferred stock or convertible debt.

The angel and the company sign several contracts: a subscription agreement, a convertible note in the case of a debt offering, and often an investors’ rights agreement or a stockholders agreement, and an “accredited investor” representation letter. The investor and holder of the equity or debt interest in the company is the party specified in the investment contracts. The company should maintain a share register in its minute book showing the investor as a shareholder and deliver a share certificate in the investor’s name. If ownership of the investment were ever disputed, these records would be the focal point.

Risks to Watch Out for

Trust and transparency are essential to business relationships. Even if a company’s records and contract law prove the scout is its investor as a matter of law, the scout phenomenon creates an environment of constant suspicion and mistrust. Co-investors must now wonder who their fellow shareholders are—well-meaning angels or major Silicon Valley venture firms in sheep’s clothing?

Also, diligence becomes more complicated for prospective investors in subsequent rounds, since they cannot know who the other shareholders are by examining capitalization tables and investment contracts. Although Sequoia’s scouts were reportedly able to disclose their relationships and source of funds, there is no evidence that they did. Now, standard diligence for would-be angel investors will have to include an examination of where the money comes from and who the angel reports to.

How is the upside on investments allocated between the scout and VC?

According to the PandoDaily story, “the structure isn’t exactly like a standard limited partner arrangement, because the bulk of the returns go to the scout, not the firm. …Sequoia doesn’t get any warrants or right of first refusal or equity in the company.” This suggests that the scout is the owner of record of any convertible debt or equity investment in the company. But the article implies that some of the returns—but not the bulk—go to the VC.

How could the scout and the VC structure a deal where the scout captures the bulk of the returns, but the VC also participates? A consulting fee or grant to the scout would not give the VC any contractual right to upside from the investment proceeds and would be taxable as income to the scout. More likely, funds move from the VC to the scout directly as a loan or as a debt or equity investment in a special-purpose LLC or limited partnership structured solely for the investment. Either method would enable the parties to contract for the VC’s recovery of capital and some upside, and the scout to capture the “bulk of the returns.”

Risks to Watch Out for

These scenarios assume the VC-scout transactions are carefully documented with the advice of counsel. More interesting is a scenario with haphazard contracts, or a “handshake” deal. Say a scout made an angel investment, with VC money, in a startup that became the next Google or Facebook. At a major liquidity event, would the returns belong to the scout or the VC? The scout would have every incentive to frame the VC’s stake as a loan, while the VC would likely face pressure from its LPs to capture the returns. The only certainty is that litigation would ensue.

Even with written contracts, California courts will often allow “parol” evidence, permitting the parties to introduce evidence external to the four corners of the contract to shed light on the parties’ intentions. (Delaware courts frown on parol evidence, which is one reason sophisticated parties sometimes prefer to litigate there.) With millions on the line, highly successful but poorly documented scout investments would result in messy “he said, she said” litigation.

In my next column, I will look at scouts’ obligations to VCs and to startups, what’s in it for the VCs, and potential problems of fraud and money laundering.