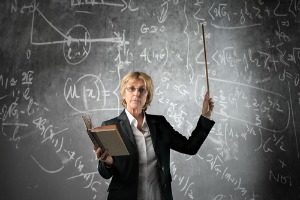 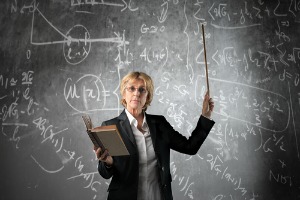 As the nation wakes up to the prospect of President Obama’s second term, I wonder if Mitt Romney, a former PE, could have learned a lesson or two from a former VC and now Governor of Michigan, Rick Snyder. VCs thrive on building opportunities from a scratch, attract people and drive value creation.

1) It is a people business – party lines don’t matter: VCs often say ‘we are in the people business’. People can make or break businesses – and the same goes for an election. And politics is about serving people. When Rick Snyder, a VC, expressed his interest to run for office, he was met with questions like “Why do you even want to do this – it’s a waste of time.” Michigan’s economy was struggling and the auto companies had some of their worst years. But for him, it was a calling, “What a great opportunity to serve” he would say. Snyder, a Republican got Independents and even Democrats rooting for him publicly. Everyone could see that he cared, and was qualified to turn this ship around. People vote for people, and increasingly, parties don’t matter. Snyder acted as a unifying force in Michigan. He even picked his treasurer, a Democrat and a former PE guy who is best suited for the job. Even the New York Times wrote that it is hard to put a label on Snyder – is he a Republican, a Democrat in disguise or something else? Nobody cares – he is of the people.

2) Have a Minimum Viable Product – stand for something: As we know in business, no strategy = no traction. Snyder stood for one thing alone: that which mattered most in Michigan in 2010 = the economy. Advise from a VC: stand for something (preferably something important). It was never clear what Romney stood for. Even as RomneyCare became Obamacare – something that could have worked for his advantage blew up when Romney threatened to veto it. And that whole China syndrome that Romney suffered from – really! Do we truly believe we can alienate our biggest trading partner? Snyder’s economic plan was clear, compelling and people bought it. He stopped bad behavior of giving away tax credits calling it the ‘heroin drip’. He focused on supporting startups and entrepreneurs building small businesses in Michigan via a strategy called “economic gardening”. According to reports, two years since he took office, Michigan’s economy has been the best since 2002. And as promised, Snyder created a Michigan dashboard of critical economic indicators – in other words his performance. Government functioning with a public company like financial transparency – what a novel idea. But Snyder is not taking any credit. On of his mantras is “no credit no blame” – a novel concept indeed.

3) VCs don’t wear ties: In other words, wearing a tie doesn’t make you better. Snyder never wore a tie and often said he would wear one only to a wedding or a funeral. VC Brad Feld never wears a tie. Put it differently, be authentic. Everyone knew what they were getting with Snyder – he even used terms like “Hire me” during his campaign. His authentic nature extends into his performance. He often says “Keep it positive” and he ran a campaign that never derided his opponent. Even at a televised debate, when his opponent attacked him, he never got caught up in the drift but focused on what mattered most. At one town hall meeting, his opponent showed up unannounced – the way Snyder handled it was legendary – he invited his opponent on the stage, even as everyone applauded his move. Since then, Snyder has chanted mantras like “Relentless positive action”. After winning the election, the only thing Snyder has not lived up to is that necktie – he is seen wearing one every now and then to welcome a foreign delegation.
Even within the asset classes, VCs are often seen as the younger brother of PE, a bit brash and very risky. PE is possibly grounded and bends towards financial engineering and operational efficiencies. But when it comes to winning an election, lessons from a VC, Rick Snyder who went on to become Michigan’s governor are reminders of the basics. The citizens are government’s customers- and we care only about a well functioning government that provides a high value service.

Mahendra Ramsinghani is the author of “The Business of Venture Capital” (Wiley Finance, 2011) and cast his first vote in USA for a VC. Opinions expressed here are entirely his own.