Venture Capital Journal
Home News and Analysis Firms & Funds Why Do VCs Have Ownership Targets? And Why 20%?
News Briefs 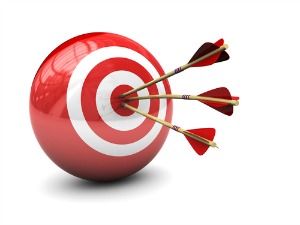 Ownership is a relatively puzzling concept in venture capital. It seems like almost all institutional investors have an ownership target, and many stick to that number pretty religiously. But why and where does that come from? I remember when I first started learning about the VC business, I found the number to be completely arbitrary.

A related pet peeve of mine is that some funds often dismiss other, usually smaller funds with a statement like “well, they have no ownership” in any of their deals. I think that is a false statement because in my view, ownership does not mean anything without thinking about fund size.

Ownership targets are primarily set based on some internal calculation of how an investment can generate “meaningful” returns to a pool of capital. The theory is that it is a poor use of time and effort to make an investment that, in even a very good scenario, is unlikely to yield a return that makes a difference to one’s fund. This means that the right ownership threshold is largely dependent on fund size and/or dollars under management per investment partner. A secondary consideration is investment pace and time allocation among investments, but I’ll talk about that some other time.

The traditional VC model is optimized around 20-30% ownership. Usually, this is for a fund that has $50M / investment partner who makes ~2 new investments per year. Let’s assume we are talking about a fund that has $400M under management and 8 people making investments. That means that if they get an exit of $500M, and own 20%, they return $100M. Pretty good – that makes a real dent in returning their fund.

From an LP’s perspective, it’s a huge difference. If you have invested $5M in the $400M fund, and they get 3 $500M exits at 20% ownership, that returns $300M. You haven’t even made back your initial investment yet. But if you are a $5M investor in a $40M fund, and they get 3 $500M exits at 5% ownership, then you have come close to doubling your money. 5% ownership is quite good in that situation! Now, as an LP, you just have to be comfortable being a concentrated investor in a small fund to put a meaningful amount of capital to work, but a number of LP’s have been showing more comfort in doing this recently.

So, hopefully this sheds some light on ownership and how it is linked to fund size. But this also begs the question of why ownership thresholds exist at all. Besides, shouldn’t investors just try to invest in the best companies as early as possible and own as much as they can? It’s a reasonable argument and there are a number of investors that I respect that take this POV. For me, ownership thresholds are pretty important because it imposes a discipline to our investing. Having rules and targets is really important, because it becomes blatantly obvious if you start breaking those rules, and you have to ask yourself “why” if it becomes a common occurrence. With no rules, you essentially have no strategy. It’s just like running a business. I always encourage even early stage companies to make basic plans, have milestones, have product release targets and revenue or customer usage or engagement targets. This isn’t about trying to force a company to be myopic about short term milestones. But it is about putting a stake in the ground, and forcing yourself to ask yourself why you were or were not able to achieve those goals, and adjust accordingly.

Rob Go is co-founder of NextView Ventures. Opinions expressed here are entirely his own. To view the original post, please visit his blog.