Venture Capital Journal
Home News and Analysis Firms & Funds Will Crowdfunding Live Up to the Hype? Part 4 of a 4-Part...
News Briefs 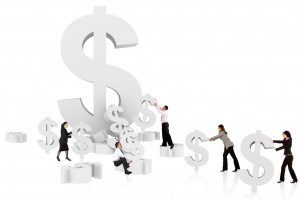 This is the final installment in a four-part series on how the Jumpstart Our Business Startups Act (JOBS Act) may impact capital raising for small and middle-market companies.

This final installment looks at crowdfunding — the practice of raising a modest amount of capital by aggregating small investments from a  large “crowd” of investors.

Crowdfunding arose from funding unique causes, not businesses. Crowdfunding enabled obscure rock bands to tour, commercially unviable movies to get made, aggregated donations for disaster relief and non-profits, and similar endeavors that could not attract traditional capital. These funding models occupy a legally distinct universe from business funding. Promoters were essentially soliciting donations. Contributors would generally receive no stock, notes or other securities, and had no expectation to share in the profits of the enterprise.

Professor Bainbridge provides a good summary of the pre-JOBS Act crowdfunding models here. He outlines four typical crowdfunding models: the donation model; the reward model (the supporter receives recognition, a show ticket, a t-shirt), the pre-purchase model (the supporter receives the entrepreneur’s product if the startup successfully launches, nothing if it fails); and the equity model.

Before the JOBS Act, equity model crowdfunding was unavailable to business startups because it involved the sale of securities — stock or convertible notes. Sales of securities to investors are governed by the Securities Act, which requires issuers to undertake expensive registration of securities with the SEC, or find an available exemption from registration.

How Will Startups “Crowdfund” Under the JOBS Act?

Note that the sales limits of $1 million in the aggregate and $2,000 to any one purchaser apply to all sales by the issuer in a 12-month period, whether under the Section 4(6) exemption or any other means. For example, if an issuer sold $350,000 in securities privately in a “family and friends” round, then sought more financing in a crowdfunding round less than 12 months later, the round would be limited to $650,000, and any “family and friends” round investor who invested $2,000 or more would be ineligible for the crowdfunding round.

Funding portals such as Kickstarter are officially blessed by the JOBS Act and should increase in prominence if crowdfunding takes hold. Crowdfunding can also be conducted through traditional FINRA-registered broker-dealers.

The JOBS Act requires the SEC to adopt “such rules as the Commission determines may be necessary or appropriate for the protection of investors” within 270 days. The SEC openly opposed crowdfunding prior to the JOBS Act, including pointed criticism by SEC Chairwoman Mary Schapiro that crowdfunding would weaken investor protection and be “a step backwards.”  In light of this regulatory opposition, entrepreneurs should expect burdensome compliance and disclosure requirements from the SEC in the name of “investor protection.”

Entrepreneurs are excited about crowdfunding, but once the SEC implements required rulemaking, is likely to suffer from serious drawbacks due to compliance and reporting requirements. Crowdfunded companies will be faced with significantly more disclosure and compliance than private companies, while raising only a modest amount of capital. Cost-benefit analysis simply may not favor crowdfunding.

For ambitious companies, Crowdfunding will have severe limitations due to the small offerings, limitations on individual investment, disclosure requirements, and the requirement to use a portal or a registered broker dealer. Traditional private placements and angel rounds will likely be a better alternative, especially with the JOBS Act changes to allow general solicitation. Private placements also will not impose any ongoing disclosure obligations on issuers.

Information and disclosure requirements could be burdensome and expensive. The exemption contemplates requiring both issuers and broker/dealers and funding portals to provide information about risks, issuer information (including financial statements; audited financials will be required for offerings exceeding $500,000), and information about the offering itself, including a “tipping” amount that the issuer must raise for the round to be effective, and ongoing SEC reporting after the offering is completed. Therefore, companies could have a substantial portion of the disclosure and audit responsibilities without the benefit of much capital.

Startups should also think about their follow-on investment strategy before crowdfunding. Sophisticated angel investors and venture capital funds are unlikely to invest in subsequent rounds after a crowdfunding round brings in a large number of “retail” shareholders into the cap table. Crowdfunding could therefore be a dead end for a startup looking to grow through multiple rounds of venture financing.

In light of the limited potential to raise capital and substantial compliance burdens of crowdfunding, it is likely to be useful primarily to unusual endeavors and small products development ideas. A look at my local Kickstarter page shows the following projects currently funding:  “Apocalypse Please” – a “dark horrifying romance set at the end of days” (0% funded); and a very cool “Zen Table” that “encapsulates electronics and robotics, allowing images to be magic ally sculpted in a layer of geometric patterns and images…” (142% funded; $35,537 pledged).