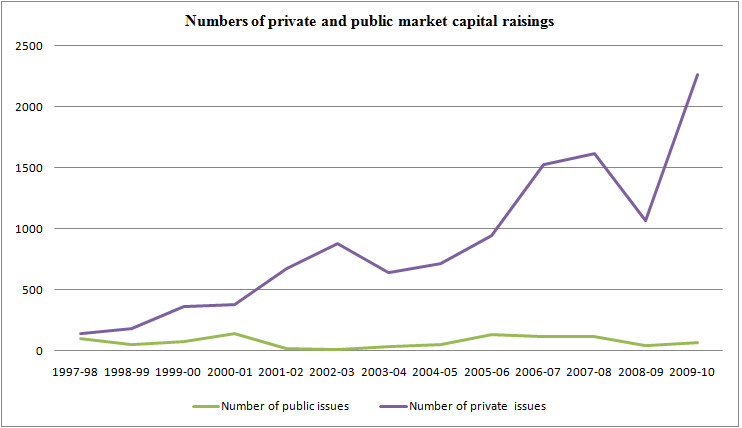 Late last year, the alternative trading platform Xpert Financial made much of its approval from the SEC and FINRA to automate the business of providing liquidity to startups. It kind of had to. It had entered into direct competition with SecondMarket and Sharespost, both now 800-pound gorillas in the world of private placements.

At the time, CEO Thomas Foley told me that one of Xpert’s advantages centered on the widespread buy-in it had already received from family offices, private wealth management groups, and institutional investors such as Franklin Templeton and Fidelity that have been looking for new ways to back fast-growing startups.

Foley also said the company was working “directly with companies to list on our system, rather than [competitors] out there that work with ancillaries and alert companies after the fact [so the companies can] exercise their first right of first refusal if they want.”

That last advantage evaporated as SecondMarket began working closely with companies to list (and to allow them to do so privately). But the first – what Foley calls Xpert’s “distribution network” – should come in handy now that Xpert has companies ready to fund through the service. (Foley says they number between “1 and 10” but that he can’t be more specific than that owing to general compliance concerns. He does say that half of them have secondary shares to sell while the other half are self-funded companies that are looking for their first investment.)

I talked with Foley this afternoon for a better feel for where the 20-person company is. Our conversation, following, has been edited for length.

When we talked back in January, you said you were focusing on companies with between $10 million and $500 million in annual revenue that are looking to raise between $20 million and $250 million. Is that still the case, or have you had to tailor your strategy as you’ve met with more companies?

That’s still the case, though we’re talking with companies in all stages right now. We’re getting a lot of interest from VC firms, as well as investors who are opening up to a lot more investments, especially as the IPO window opens. I think [it’s compelling] more people who are willing to invest in companies that aren’t public.

You say that over the last 14 years, deal value and deal volume for private offerings has continued to dwarf IPOs. Where do you get that data?

Google. I was looking at the market information and we came across a pretty interesting info-graphic [pictured above] that suggests there’s been a substantially larger amount of private offerings than IPO, as well as that deal volume, year over year, has been higher, meaning more money has been raised.

You also said in January that you’d likely take 2 percent of the transaction amount. Is that still the plan?

That’s what we’re doing with these first deals, but a lot depends on the deal and what partners we’re working with. They could have negotiated different terms.

Explain to readers what advantage you offer over the many alternatives available to companies right now, including venture capitalists.

From the company’s viewpoint, we can potentially get them a better valuation through our distribution network. They can set their own terms, unlike if you’re a private company and you’re only opportunity is to go up and down Sand Hill Road. We can also streamline the process, shortening it from three to six months to three to six weeks. Not last, companies have greater control over who can invest. Not only does every single accredited investor [who invests through Xpert] have to be fully vetted by us but also they have to receive the company’s approval. And because companies have that ability, they’re willing to supply much more information than they do anywhere else.

On the investment banking side, by bringing clients to us, they’re able to access a larger distribution pool and conduct deals faster, so they can do more deals.

You talk a lot about your “distribution network.” What kind of access do you have that others don’t?

There are between 6,000 and 10,000 institution investors with at least $100 million in assets under management. It’s the most important group to be targeting, and we have access to about half of them, either directly, as with the investment officer of a fund itself, or through a person in our distribution channel who will put the deal of front of them.

Hedge funds, I see. But pension funds? Endowments? Do they really want to vet this stuff themselves?

You’re seeing consolidation, with some firms firing some managers and others bringing in internal managers to focus on sector-specific allocations. I think a lot of people have grown less comfortable paying another group 25% in fees – especially when we can provide them access to as much or more information.

Does Xpert make less sense then for individual investors? You don’t get much bang for your buck, investing in a growth-stage company.

There’s a risk-reward curve, and investors feel comfortable investing along that curve. Some are every comfortable at the angel stage, some at later stages. Of course, the same dollar amount gets you different pieces of the company, and companies are mindful of the 500 shareholder rule, so that can be a gating factor. But bigger companies definitely don’t preclude individual investors. In fact, many accredited investors who are accustomed to public investing favor companies that are later stage.

You raised $3.1 million from Tim Draper a couple of years ago. And his son Adam is your Chief Experience Officer.

Yes, Tim is our chairman, Adam is his son. Bill is his dad. We have three generations of Drapers [helping us in the venture capital community]. It’s been going great so far.

Meaning VCs want to work with you and don’t see you as a competitor?

Ultimately, it’s a much bigger win for them because we give them another way to access liquidity.

Are any of the companies now teed up at Xpert venture-backed and can you tell me how many, or else what percentage they represent?

Yes, some are venture-backed, though I can’t talk about how many or what percentage.

Will you seek out more venture funding for yourselves?

We’re always looking at potential funding opportunities. Right now, we’re in a good place. At the end of this year, we’ll be talking with other people.