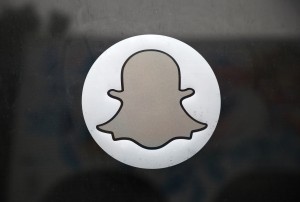 Kleiner Perkins Caufield & Byers, which last year filed to raise a total of $1.2 billion combined for two new funds, ranked as the most active venture investor in 2014, putting money into 117 IT, healthcare and cleantech companies, according to data from Thomson Reuters.

In recent years, Kleiner Perkins has made an effort to re-energize itself, bringing in such new partners as Mike Abbott, formerly vice president of engineering at Twitter, and Mary Meeker, a well known Wall Street analyst who now leads the digital growth fund.

The firm has also tried to expand. Fortune reported this week that Kleiner Perkins tried to “acquire” Social+Capital Partnership, a Palo Alto, Calif.-based firm founded by Chamath Palihapitiya. Fortune reported that the acquisition talks ended within the past few weeks.

However, the firm that invested the most money last year was Sequoia Capital, which put more than $2.1 billion to work into 115 companies, such as Airbnb, Dropbox, Houzz and Stripe. The firm’s investments also included a number of Chinese companies, including Beijing Momo Technology Co Ltd and Beijing Jiuxian E-Commerce Co Ltd, among others.

Behind Kleiner Perkins’s 117 companies, Sequoia ranked as the second most active VC in 2014, investing in 115, followed in order by New Enterprise Associates (114), Intel Capital (94) and Accel Partners (92) to round out the top five.

Andreessen Horowitz, which raised $1.7 billion last year for its fourth fund, invested about $800 million in 83 companies, according to the data.

Separately, market researcher Mattermark reported in mid-January that Khosla Ventures was the most active Series A investor in Internet tech startups in 2014, followed by Accel, NEA and Greycroft Partners.

Thomson Reuters data shows that Khosla invested $434 million in 68 IT, healthcare and cleantech companies last year, ranking the firm as the ninth most active VC firm.