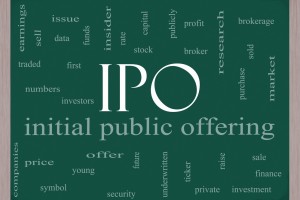 Venture-backed companies have rushed to take advantage of the JOBS Act, particularly its provisions permitting confidential filings and a period to test the waters of the investment world.

This will come as little surprise to entrepreneurs and GPs who have taken companies into registration in the past year. No constituency benefits more from the JOBS Act than emerging growth businesses, those with less than $1 billion of revenue in their most recent fiscal year.

Yet measuring the full extent of their benefits or determining whether the provisions are always in their best interests is difficult. Also unclear is whether they have enabled more entrepreneurs to complete initial public offerings.

So far, emerging growth companies have enthusiastically embraced provisions that let them disclose less financial information, file confidential registration statements and potentially avoid an outside audit of their financial systems. The popularity of these provisions is captured in a recent survey by the law firm Gunderson Dettmer, which examined 71 of last year’s 82 venture-backed IPOs in the United States and found:

Another popular piece of the act, the test the waters provision, also seems in broad use.

The provision lets companies speak with potential investors before or after filing registration statements to determine if their business plans resonate and what key financial and operating metrics they might provide to the investment community.

“It’s a good intelligence gathering exercise for them,” said Jeffrey Vetter, an attorney at Fenwick & West.

By far the most widely acclaimed provision is the ability to file confidentially. It gives companies the opportunity to receive feedback from the SEC without revealing sensitive business information to competitors, customers and the press.

A disappointing quarter remains confidential instead of public, and companies not ready for the public markets can pull back without receiving black marks.

“It probably has and will prevent companies from going public that aren’t prepared for the scrutiny,” said Randy Glein, a managing director of DFJ Growth. “It has been a real advantage.”

This story first appeared in Reuters Venture Capital Journal. Subscribers can read the full report here. To subscribe to VCJ, click here for the Marketplace.