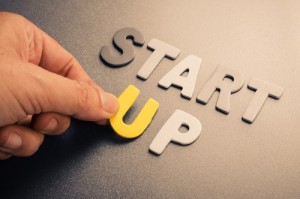 A new study by the University of Toronto’s Impact Centre has found that founder CEOs outperform professional CEOs in both unicorns (private companies valued over $1 billion) and venture-backed Canadian companies. However, in Canada, founders are 2.5 times more likely to be replaced with a professional CEO. The study concludes that Canadian founders have the right experience to build high-growth technology companies and that a failure to adequately scale may be due partly to the tendency to replace them.

You can view the entire Impact Centre report here.

Is Canada too quick to replace Founder CEOs with Professional CEOs?

In its second study on Canada’s innovation challenges, the Impact Centre has determined that Founder CEOs outperform Professional CEOs in both Unicorns (privately held companies with valuations in excess of $1 billion) and venture capital-backed Canadian companies. But in Canada we are 2.5 times more likely to replace a Founder CEO with a Professional CEO.

Our study shows that:

Our conclusion is that Canadian founders have the right backgrounds to grow successful market-leading companies and that our reluctance to scale to that level may be attributed partially to our tendency to replace talented Founder CEOs with Professional CEOs.

Canada has long been criticized for its inability to scale high-tech companies to world-class size. Although Canada has created an ecosystem that produces many startups, few of these companies grow to become Unicorns.

Certainly, we have had world-leading companies such as Blackberry and Mitel, and more recently Unicorns such as HootSuite and Kik Interactive. But most of our successful startups are sold before they reach world-class size. Overcoming this growth hurdle is crucial to positioning Canadian companies favorably in global markets, and having the right talent at the top is part of the strategy.

You can get a full copy of the report here.