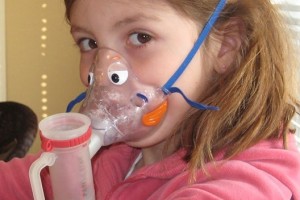 Members of angel network Anges Québec have partnered with Aligo Innovation LP, private investors, and Cystic Fibrosis Canada in an undisclosed financing of Laurent Pharmaceuticals Inc. Based in Montréal, Laurent is a biopharmaceutical company focused on developing a drug (LAU-7b) that aims to treat the compromised immune-inflammatory response in cystic fibrosis. The proceeds of the round will support the company’s preparations for a Phase II clinical trial of the drug. Laurent was founded in 2012.

The investments announced today will be used to lay the groundwork in setting up a Phase II clinical trial of the drug LAU-7b (developed by Laurent Pharmaceuticals) with patients suffering from cystic fibrosis in Canada and the United States. LAU-7b, a novel formulation of fenretinide, is a daily oral medication designed to treat the aberrant inflammatory response to excessive and unresolved inflammation, which is one of the main causes of lung tissue deterioration in cystic fibrosis. Severe pulmonary insufficiency is the most common cause of death as a result of this disease.

A phase Ib trial of LAU-7b was conducted on adults suffering from cystic fibrosis in 2015, and the results were very promising.

“This funding has allowed us to make further progress in developing our product. Through their financial support, members of Anges Québec are investing not only in Laurent Pharmaceuticals, but in the treatment of cystic fibrosis.”

“With the clinical development of fenretinide, the level of risk of the drug development has dropped significantly after being tested on thousands of mainly cancer patients, and after it received orphan status by the FDA.”

Anges Québec is a network of 180 private investors that identifies, finances, and coaches innovative Quebec enterprises with high growth potential. In this capacity, Anges Québec works with a number of key Quebec organizations interested in the development and promotion of Quebec-based technological innovations. So far, Anges Québec members have made 92 investments and reinvestments in 63 promising businesses in the seed and startup phases.

Cystic Fibrosis is the most common fatal hereditary disease among Caucasians, affecting 4,000 Canadians and an estimated 70,000 people worldwide. CF is caused by mutations in the CFTR gene and is characterized by viscous secretions in different exocrine tissues and an aberrant inflammatory response manifested by excessive but inefficient inflammation, leading to pulmonary chronic infection and loss in lung function over time. Severe pulmonary dysfunction is the primary cause of death in CF.

Laurent Pharmaceuticals is a Montréal-based private biopharmaceutical company developing a first-in-class lipid modulator (LAU-7b) addressing the compromised immune-inflammatory response in cystic fibrosis (CF). LAU-7b is a novel oral solid dosage form of fenretinide, an investigational small molecule drug with well-documented history of safety in non-clinical and clinical studies, but that was never commercialized in any country. Preclinical research showed that oral administration of fenretinide corrects the lipid abnormalities in lungs and plasma of specific animal models of CF, resulting in reduced lung inflammation and a dramatic decrease in the severity of pulmonary infections with Pseudomonas aeruginosa, a bacterium involved in perpetuating the inflammation-infection vicious cycle in the lungs of CF patients.