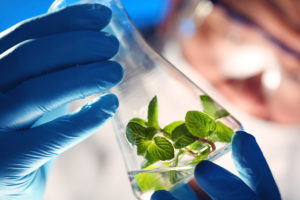 The $150 million round last month was led by food and ag-focused Grosvenor Estate-affiliate Wheatsheaf and GV (formerly Google Ventures). They were joined by C$333 billion ($255.7 billion; €215.3 billion) Canadian pension CDPQ and food and ag-focused firms S2G Ventures and Fall Line Capital, among others. The round also included strategic and family office investors, as well as LDC Innovations, a corporate venture unit launched this year by Louis Dreyfus Company.

“In this round, we were courting folks that had far more scale and growth equity-minded capital, a focus on technology having been de-risked and having a commercial output and the basis on which to establish a strategic relationship,” Crisp told Agri Investor, an affiliate publication of Venture Capital Journal.

Crisp, a former managing director with venture firm Third Security, said the mixture of ag-focused investors with other financial, purpose-driven and strategic capital, was part of a deliberate effort to ensure Benson Hill’s investor base can help form a holistic view of change within global food and ag supply chains.

“It is certainly fair to assume we have strong relationships with the strategic investors that are joining the cap table and there is mutual intent to find ways to work with one another in the future,” said Crisp, who declined to offer additional detail on how those relationships might develop.

Capital from the Series D will support commercialization of its ultra-high protein soybean varieties, which have improved digestibility and elevated protein levels, and which are well-suited for plant-based food, animal feed and aquaculture markets.

Crisp said in the near term, Benson Hill’s focus will remain on commercialization of its soybean seeds and other products it plans to introduce in 2021, while scaling to meet demand in an addressable market he estimated at more than $1 trillion.

“We’ve got a lot of room to grow,” he said. “If it makes sense for Benson Hill to form additional capital in the future – possibly in the public markets even in the next year or two – that is something that we are certainly considering.”

The company has raised more than $280 million to date, according to Crunchbase.

“All of our plans right now are focused on execution and growth and less on finding one or two players,” he added. “We think there’s an opportunity to partner with dozens of players inside of the value chain and we are aggressively pursuing those partnership and new relationships.”

Crisp said that large food companies expressing interest in partnering with Benson Hill have included some with no formal venture arms or track record of making direct investments.  Such interest, he said, reflects the increasing focus among food industry incumbents and a “disconnect” between consumer demand for better food and their organizational structures.