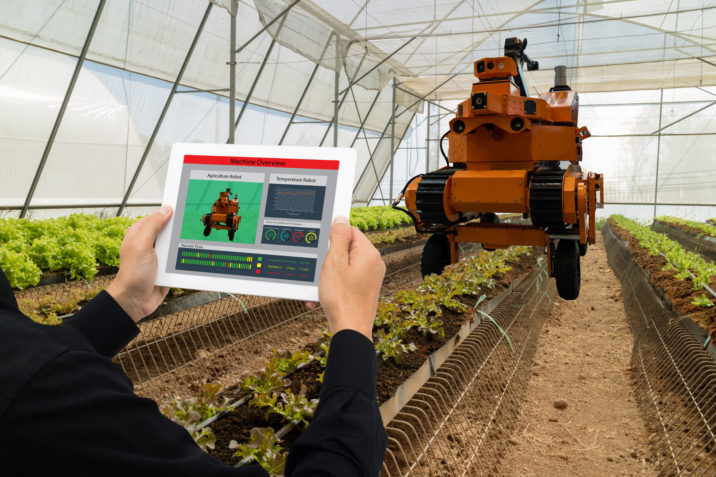 The agricultural technology space enjoyed one of its busiest quarters on record for venture capital activity in Q1, at a time when public market volatility was causing slowdowns in many other VC verticals and hit agtech stock prices.

“Over the past several  years, agtech has been on this strong upward trajectory, with $12.1 billion raised over the last 12 months and fundraising up 46 percent year-on-year,” PitchBook senior analyst Alex Frederick told Venture Capital Journal. “There are a number of sectors and technologies that are seeing increased interest, with one of the top segments this past quarter being agrifinance and e-commerce.”

In the first quarter, a total of $3.3 billion went into 222 agtech deals. Q1 ranks second only to Q3 2021 for VC deal value over the past three years for agtech, with record levels of capital coming into the industry on the back of concerns about food security, data-driven productivity gains and a focus on more environmentally friendly agriculture.

Many of the deals in that segment are developing marketplaces and e-commerce solutions for emerging markets, where the majority of food production is done by smallholders and there are challenges around inefficient infrastructure and nascent markets. Indoor farming was also an active segment, as producers look for ways to increase productivity in the face of fast-growing food demand.

“Food security is one of the main drivers of activity in the agtech space,” Frederick said. “We are seeing a real rise in populations long-term that is driving long-term food demand, and at the same time supply has been severely constricted, even prior to the war in Ukraine, due to a rise in extreme weather events and shifting climates. The war in Ukraine diminished global supplies of fertilizer and agricultural goods, including wheat, corn and vegetable oil, pushing the cost of farming up quite significantly on all fronts.”

At the same time, there’s an intensifying focus on new technologies and techniques that can reduce the significant contribution of greenhouse gas emissions by the agricultural industry, with a lot of investment going into areas like carbon-monitoring tools, biochemicals, field machinery to improve soil health, and feed additives that reduce fermentation in the digestive systems of animals.

An emphasis on sustainability saw ADM Capital recently secure an $80 million commitment from Los Angeles County Employees’ Retirement Association as part of its fundraising for Cibus Fund II, a follow-up fund for the strategy launched six years ago with a focus on channeling institutional capital towards sustainable food and farming.

Alastair Cooper, ADM’s head of head of venture for the Cibus funds, told VCJ: “We are really talking about a massive supply-demand imbalance and some significant changes need to be made. For this to happen, we are going to need a revolution or food transition in the same way that we have seen with energy transition. That is basically about the adoption and integration of new technology into new processes that are much more resource efficient, much more sustainable and much healthier for the planet and for humans.”

Agtech is a natural market for venture investors to address, Cooper said. “Agriculture and food production is way behind other industries in terms of technology adoption, but disruption is now coming in fast,” he said “Last year we saw a lot more generalist capital coming into the space, as well as impact and ESG capital starting to invest in the opportunity.

“The corporate world of big agriculture and big food has also seen a lot of M&A in the last few years and so R&D and innovation at that corporate level has contracted. That is now happening at the venture level, so those corporates are becoming active venture investors, looking to back those companies and make acquisitions as they break out.”

Last year was a record year for agtech VC exit value, which topped $20 billion in cumulative value and saw more than 50 deals, more than half of which were acquisitions.

In addition to strategics, generalists and impact investors moving into the space, there is also a growing population of dedicated agtech funds building momentum. In February, Serra Ventures, an early-stage tech investor based in Chicago, announced it had raised more than $45 million for its first dedicated agtech fund, tapping corporate and institutional investors as well as high-net worth individuals.

“We had three prior multi-sector funds, and agtech has always been one of the sectors that we have liked to invest in,” said Serra chief executive Tim Hoerr. “We had done 11 agtech deals and those ended up being the highest performing categories in our previous funds.”

Hoerr added, “We also had a couple of large corporate LPs in the agtech space that had joined those other funds and we had talked about a sector-specific approach to help them access deal-flow to support their innovation and R&D.”

Serra’s agtech fund will back companies positioned to respond to the consumer trends disrupting the food and agricultural sector and the pain points emerging in supply chains.

“We were concerned whether the same quality of dealflow that we had been seeing in our multi-sector funds would translate into an agtech focused fund,” Hoerr said. “We have been very pleasantly surprised by the sustained pipeline of really high-quality agtech deals.”

ADM’s Cibus fund has similarly seen an uptick in activity: “Five years ago we were look at one agtech deal a day; now it’s four or five, so that has changed significantly,” Cooper said. “When we first started raising capital for this six years ago, people didn’t really get this space or understand its importance. Now, everyone is grasping the food transition and the importance of the tailwinds impacting this space.”

PitchBook data shows the strong funding momentum has elevated median deal sizes and valuations across most stages, with the majority of growth at the early stage. There, deal sizes climbed 59 percent and pre-money valuations soared 67 percent year-on-year.

“When you think about the macro events going on, it will be interesting to see how those shifting conditions impact agriculture technologies and categories going forward,” said Frederick of PitchBook. “Some of the more capital-intensive areas, like indoor farming and robotics, may find it challenging to continue to raise funds. On the other hand, there is this whole group of companies working in biologicals, using living organisms to replace fertilizers, where we see continuing advances. Given the surge in fertilizer prices, we will see if there is an increase in funding for those companies as more farmers adopt those solutions out of necessity.”

For now, the agtech space is attracting plenty of new investors and generating sufficient deal-flow to keep everyone busy.