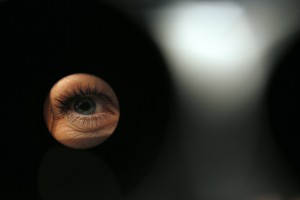 Here’s a hint: It’s been around along at least as long as Homo sapiens have occupied the planet.

If you said the human eye, you’re seeing it like it is.

Over the last few quarters, entrepreneurial companies developing therapies for impaired vision and diseases of the eye have posted an exceptional number of exits. Those that are still private have also been raising fresh capital at an above-average clip, as VCs look to profit from an improving healthcare exit climate and a compelling startup pipeline.

The graying of the developing world, investors say, is also boosting activity.

“The incidence of ophthalmic disease increases with age, so as one would expect, aging is driving demand for therapy,” said Bill Link, an ophthalmologist and general partner at Versant Ventures who focuses on eye-related investments.

While it’s long been a fairly popular sector for VCs (in particular Versant claims that 15 percent to 20 percent of its portfolio is in ocular deals), Link said that interest has picked up recently.

It’s still not nearly as competitive as the tech industry, where a hot company can attract a dozen term sheets. But there are 10 to 15 firms regularly looking at eye-focused deals, and there tends to be “decent, solid availability of capital,” for promising companies, Link said.

Some nice returns are driving interest. For instance, Ophthotech, a developer of therapies for wet age-related macular degeneration and other diseases of the eye, went public last fall and was recently valued at about $1.3 billion.

Avalanche Biotechnologies, which develops gene therapies for patients with sight-threatening ophthalmic diseases, launched its IPO in July and was recently valued at more than $700 million. (For a full list of recent IPOs, see the accompanying table.)

VCs like large addressable markets, and the ophthalmic space offers that, as well.

The annual world market for ophthalmic medications was $16 billion as of 2012 and is expected to increase to $22 billionn by 2018, according to a Transparency Market Research report cited in the IPO filing of Ocular Therapeutix, a developer of a hydrogel platform for use in treating eye diseases.

Investors in the eye space also have two fairly distinct and enormous sub-sectors for investment: Therapies for eye diseases and businesses tied to vision correction. There are active acquirers in both camps, including Alcon (now part of Novartis), Abbott Laboratories, Valeant Pharmaceuticals and Johnson & Johnson.

Companies are also posting some impressive early results for therapies and products.

For example, Spark Therapeutics, a VC-funded developer of gene therapy for congenital blindness, completed a clinical study in which it said 12 patients with inherited blindness demonstrated significant improvement, “moving in some cases from being profoundly blind to being able to function in sighted classrooms, recognize faces, and walk independently.”

Most venture investments for developers of eye treatments goes into later-stage rounds, and it’s not uncommon for companies to raise $100 million or more before going public or being acquired. Yet VCs are still doing early-stage deals.

In the summer, Khosla Ventures backed a $4 million round for EyeNetra, a developer mobile phone eye diagnostics that allow anyone to administer a vision test. Meanwhile, Foresight Labs, an incubator for ophthalmic startups launched by Versant and Morgenthaler Ventures, launched its sixth company this year.

So far, Link said, results are favorable, noting that his firm has done “as well or better in the opthalmic space as in other sectors we invest in… And we hope to do better.”