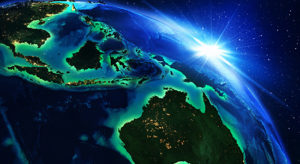 While secondaries transaction volumes in Asia-Pacific are being hampered by volatility and pricing uncertainty, market participants continue to spy opportunities on the horizon.

The region has seen an estimated $2 billion to $3 billion of secondaries volume so far this year – a total that comprises both limited partner sales of Asia-Pacific funds and co-investments, and GP-led transactions by local managers, Lloyd Bradbury, managing director and head of Asia-Pacific capital advisory at Greenhill & Co, told affiliate title Secondaries Investor.

Though Asia-Pacific has seen a split of around 50/50 across LP-led and GP-led secondaries activity in recent years, a few larger transactions in the region in the first half have tilted those volumes in favor of the latter, Bradbury said.

Coller Capital, for example, is co-leading on a $1.5 billion single-asset continuation fund deal in the region alongside Korean fund manager Hahn & Company. The transaction has been in the market for around a year. Hamilton Lane has also led on a $360 million GP-led process involving assets from L Catterton’s third Asia-focused vehicle.

Secondaries Investor spoke to three secondaries experts to find out what’s driving dealflow in the APAC region this year.

For some investors – particularly pensions and financial institutions – the denominator effect, dialog with regulators and performance or fee sensitivities are combining to make now the right time to pursue a transaction, Greenhill’s Bradbury said. This could flip the balance back to a 50/50 transactional split in the region in the second half of the year.

Family offices, endowments and multifamily offices that tend to do more venture capital and growth funds remain more patient after having found it difficult to settle on secondary pricing that everyone can agree on for that exposure, given the ongoing volatility and uncertainty around tech valuations in particular.

On the GP-led side, the market is bifurcated, Bradbury said. Multi-asset continuation funds will happen in cases where a firm is raising primary capital, looking to bolster their distributed-to-paid-in capital, has been subject to some team change within the GP, or has LPs that are getting vocal about wanting liquidity, for example. Given the volatile environment, secondaries investors are currently showing a preference for such transactions.

For those deals where GPs are looking to do things opportunistically and maximize pricing, a lot of those deals will not get done in the near term, Bradbury noted. This is, however, now part of the toolkit, and GPs will prepare for the quarters and years ahead.

“Some of that is beginning,” Bradbury added, noting that single-asset continuation funds in particular are being evaluated alongside other traditional options as part of GPs’ long-term exit planning.

Volatility in the public markets has created a “really interesting dynamic for the Asian secondary market,” said Darren Massara, Singapore-based managing partner of TPG-owned secondaries firm NewQuest Capital Partners. The US IPO markets “are not really open for most Chinese firms now, so if that was your base case [for exit, then] the company is most likely going to think about looking at a different venue for listing.”

Companies hoping instead to list on a Chinese stock exchange, for example, may need to restructure and then get in a queue, which could further extend hold periods by at least two years.

IPO activity in India, which was also booming until three or four months ago, “has now been reduced to a trickle,” Massara added. “A lot of GPs who had thought the IPO market would give them some liquidity are now rethinking that.”

NewQuest’s pipeline of GP-led deals increased more than sevenfold in 2021 from prior years, Massara said.

The firm saw no slowdown in its pipeline in the first half of this year, though pricing concerns did color the first six months, Massara said, noting that he is hesitant to follow sentiment held by some US secondaries players that GP-led activity could accelerate. “I don’t know if that will be the same for Asia. The demand from GPs is clearly there, but questions remain on what will actually get done.”

Regardless, Massara is bullish on the Asia-Pacific opportunity set given the “un-exited overhang” in Asia-Pacific. He pointed to Asia PE Return Index’s 2018 deal vintage report, which found that of the 1,829 companies that were backed in 2018, only 378, or around 21 percent, had been exited as of March this year.

Intermediaries, too, are hiring in the region, which in turn is spurring further transactional opportunities. “The region’s GDP is already larger than that of North America or Europe, and China is expected to surpass the US as the world’s largest economy in a few years, so this is crucial market for intermediaries to figure out,” Massara said.

Getting comfortable with discounts

Asia-Pacific dealflow is being driven in part by Chinese GPs hoping to boost their primary fundraise with a secondaries transaction plus a primary stapled transaction, Zhou said. “At the same time, they want to generate some liquidity for their existing investors.”

Still, for some deals in the region, the discounts that sellers are willing to accept “definitely are higher than they used to be,” Zhou said. Large discounts are typically seen for companies in TMT sectors where, prior to market volatility, companies saw lofty valuations based on future expectations.

“When you look to the public market, it’s been re-rated in many of these sectors,” Zhou noted. “But a lot of these assets are being held at older valuations, because that was their latest round of financing and their latest round of valuation, which took place maybe a year ago. In this case, you’re going to see large discounts.”