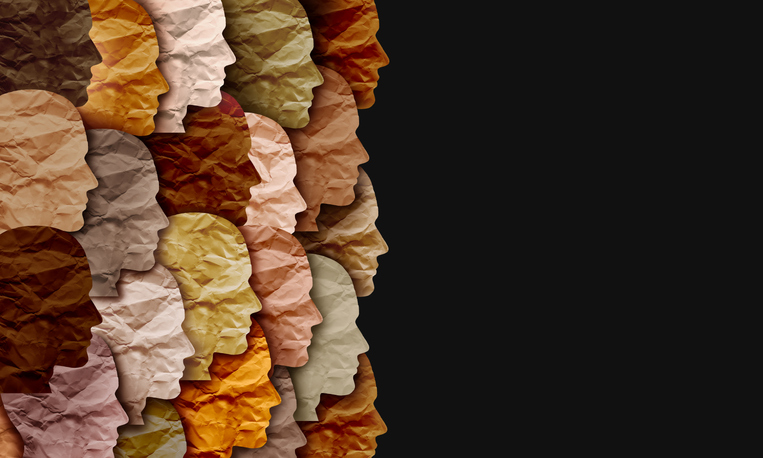 Editor’s note: The contributed column below is a shortened version of a longer column venture capitalist Jeff Bussgang posted on LinkedIn. That is available by clicking here.

Over the holidays, there was a bit of a firestorm on Twitter over comments made by venture capitalist Joe Lonsdale of 8VC regarding VCs and racism. The original tweets and resulting dialog inspired me to write this post in an attempt to address the question that was posed: How do we explain the fact that only 1 percent of VC capital goes to Black founders?

Are VCs racist? Perhaps a better-framed question: Why is there such a persistent race gap in the VC industry? As we look ahead to 2022, I believe this issue is one of the most important ones that our industry needs to grapple with.

I should state up front that I don’t know Lonsdale. Although we are in the same small industry, we have never met. Reading his tweets really upset me. And I can’t imagine how upsetting they were for Black VCs and entrepreneurs.

That said, I want to turn the incident into a “teachable moment” and broaden the conversation to examine the three biggest contributors to the race gap in VC funding.

Each year, Flybridge chooses a non-business book to send to our founders as a year-end gift. This year, we chose an influential book in social psychology called Blindspots: Hidden Biases of Good People. The authors, professors Anthony Greenwald of the University of Washington and Mahzarin Banaji of Harvard University, demonstrate that human beings have strong, often unconscious and instinctive, biases. In research study after study, the authors show how our unconscious preferences manifest themselves in strange, surprising and sometimes disturbing ways.

The authors conclude that these hidden biases “plausibly contribute more to discrimination in America than does the overt prejudice of an ever-decreasing minority of Americans.” The authors add that “institutional discrimination as a cause of Black disadvantage is undeniable historical fact.”

I believe this book contains important implications for our start-up ecosystem. Pattern recognition, for example, can be used as a weapon in start-up pitches by founders. Unconscious, positive associations towards some founders and negative towards others can affect investment decision-making and lead to less capital going towards Black founders.

In 2017, four researchers (including my colleague professor Laura Huang) published a groundbreaking article in Harvard Business Review that observed Q&A interactions between 140 prominent VCs and 189 entrepreneurs that took place at TechCrunch Disrupt New York. When they analyzed the Q&A sessions, they saw that VCs asked different types of questions to the male founders than they did to the female founders.

In 2019, Stanford University professor Jennifer Eberhardt and colleagues published another study demonstrating the unconscious biases of asset allocators. By creating fictitious VC fund manager profiles and asking prospective LPs to evaluate those profiles, the researchers showed that LPs were unable to properly assess Black-led VC managers or distinguish between the stronger and weaker Black-led teams. Professor Eberhardt concludes: “One explanation of this finding could be that investors rarely see Black-led teams. They simply don’t know how to evaluate them.”

Black VCs and entrepreneurs don’t need academic studies to tell them what they experience day to day. Venture capitalist and entrepreneur James Norman wrote a compelling HBR article called “A VC’s Guide to Investing in Black Founders” in which he discusses differences between Black and white founders. These differences can lead to different profiles, paths, cultures and styles of communication. As Norman points out, “Unfortunately, you can count on one hand the number of investors who have first-hand experience with our journey, and there are only a handful more investors that look like us.” (Disclosure: Norman launched a new VC fund called Black Ops VC where I’m a personal investor).

Continuing Norman’s theme, we now turn to the second powerful force that leads to the “1 percent problem,” which is historical, systemic racism and the wealth gap. When researchers and historians examine the economic implications of systemic racial biases as manifested in policies, the scorecard is pretty damning.

Scholar Andre Perry wrote a powerful book reviewing this history called Know Your Price: Valuing Black Lives and Property in America’s Black Cities. In the book, Perry builds on previous work by some of his Brookings colleagues in measuring the Black-white wealth gap – where the average Black household has $17,600 in median net financial worth as compared to $171,000 for the average white household – and outlines the underlying factors that have led to this disparity.

It’s clear that policies have consistently held back economic development for Black businesses and families, thereby reducing the opportunity for generational wealth creation. Linking the impact of these policies on the 1 percent problem is clear, for example:

One analysis by my colleague professor Josh Lerner showed that only 1.3 percent of assets under management are controlled by substantially and majority diverse-owned firms, which include women and minorities. With so few allocators of capital being Black, and with the historical systemic policies and practices that have led to dramatically lower levels of wealth in the Black community, it is no surprise that we are where we are with only 1 percent of funding going to Black entrepreneurs.

The arguments above suggest that it is not because VCs or even LPs are overtly racist (although I acknowledge that some are and many Black founders and VCs have shared some pretty bad stories of encounters with them). Like many other humans, they’re highly biased decision-makers operating in the context of a historically racist system. Unlike many other humans, those biased decisions have massive economic consequences.

Hedge fund manager Howard Marks famously observed that the best investments come from nailing a theme or bet that is non-consensus. That’s why Flybridge has intentionally pursued a series of strategies in recent years to increase our investment in more female founders (XFactor Ventures) and founders of color (The Community Fund, where we are seeking to add a few new partners).

We believe we are going to find amazing investment opportunities that others are missing. And it’s why I’ve been personally investing in more Black VC managers, such as Black Ops VC, Visible Hands, Collab Capital, Stellation Capital and others.

These managers and others like them are seeing attractive investment opportunities that I am not seeing and don’t have access to. There is much more we can and will do in the coming years. And I hope that other VCs and LPs follow the opportunity and direct more institutional and personal capital to underrepresented VC managers.

Fortunately, there are promising efforts underway to get more capital in the hands of emerging Black managers as well as Black founders; initiatives that, critically, are breaking open the small coterie of insiders that control the industry.

Many are being driven by LPs (who are allocating capital to Black founders and asking hard questions of non-diverse managers), by entrepreneurial VCs (who are creating both new funds and changing the culture and processes of big firms from within) and by founders. I hope to see more founders creating wildly successful companies led by diverse teams. But I also hope to see all founders demand that their cap tables and board rooms contain diverse leaders.

These efforts and the rise of strong, talented emerging Black managers (Precursor Ventures, MaC Venture Capital, Harlem Capital, Backstage Capital, RareBreed VC) give me hope that we are seeing a sea change in our industry.

It will take years to play out – largely because of the unconscious biases, historical racism and friction points mentioned above – but I’m hopeful that we won’t be talking about the 1 percent problem in 10 years.

And I sure hope that we won’t see other powerful and prominent VCs making hurtful proclamations that inappropriately attack or blame Black people and culture for the funding gap. The story of the coming years is more likely to be the rise of many wildly successful entrepreneurs and investors from backgrounds, cultures and countries that we have not seen before.

We all have a role to play in helping facilitate that outcome. My hope is that in so doing, we will finally achieve the dream of leveraging the power of all the talented humans on this planet eager and ready to innovate.