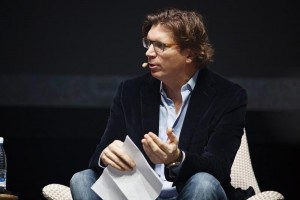 (Reuters) – Atomico Partners, a London-based venture firm founded by Skype co-founder Niklas Zennstrom, is suing a former employee and a consultant for allegedly secretly diverting potential Atomico investments to a venture firm that the two were building.

The employee, Pogos Saiadian, and the consultant, Wouter Gort, reached out to startups and potential investments using their Atomico credentials, according to a lawsuit filed Tuesday in state court in Delaware.

But once they got their attention, they ended up investing on behalf of Greyhound Capital Management LLC, a venture firm they started while working at Atomico, the suit alleges. All along, they could draw on Atomico’s reputation for backing high-profile ventures like “Angry Birds” developer Rovio and the Climate Corp, a weather data company that Monsanto bought last year for $1.1 billion, according to the suit. (Note: Saiadian and Gort are not associated with the firm Greyhound Capital that invests in Asia and has a .net Web address.)

While many venture capitalists head off and start their own firms, lawsuits remain rare. Most VCs considering striking out on their own carefully distinguish between work for their current employers and their own ventures.

Saiadian and Gort didn’t respond to emails and LinkedIn messages from Reuters requesting comment on the suit, which alleges aiding and abetting breach of fiduciary duty, misappropriation of trade secrets, unjust enrichment, civil conspiracy, and other claims.

In emails to potential investors in its fund, Greyhound seems to have tried to keep the wraps on its activities, according to the lawsuit.

Its plans were secret, Gort wrote in an email to one potential investor earlier this year, “because we still work at Atomico,” the suit alleges. The men also debated using Confide, a service that sends and receives texts and then destroys them automatically, according to the suit.

The lawsuit claims that Saiadian and Gort used Atomico’s proprietary information to identify potential targets, and then traded on their ties with Atomico to build relationships with those companies, in violation of their employment agreements.

In several instances, the duo ended up investing on the part of Greyhound, according to the suit.

A spokeswoman for Homejoy confirmed the investment but declined to comment further. Michael Dubin, Dollar Shave’s CEO, said he was “never under the impression that Atomico was investing.” Taxibeat didn’t immediately respond to requests for comment.

Additionally, Saiadian and Gort fostered a relationship with an individual who owned shares of rides-on-demand service Uber, with a goal of purchasing shares in a secondary transaction on behalf of Greyhound, the lawsuit alleges. Ultimately, there was no transaction with Greyhound, Gort, or Saiadian, an Uber spokeswoman said.

Before they left Atomico, Saiadian and Gort deleted “thousands of files” from their Atomico computers, along with emails, the suit alleges. They also uploaded Atomico information to cloud-based storage accounts such as Dropbox.

Saiadian founded Greyhound Capital in November 2012, according to the lawsuit, two years after he joined Atomico and a year after Gort started providing consultancy services. Atomico suspended Saiadian last month, the suit states.

(Editing by Edwin Chan and Eric Walsh for Reuters. Additional editing and reporting by Lawrence Aragon for peHUB)

Photo: Niklas Zennstrom, founding partner and CEO at Atomic and co-founder and former CEO at Skype, speaks during the “Slush” event at Kaapelitehdas in Helsinki, November 13, 2013. REUTERS/Roni Rekomaa/Lehtikuva