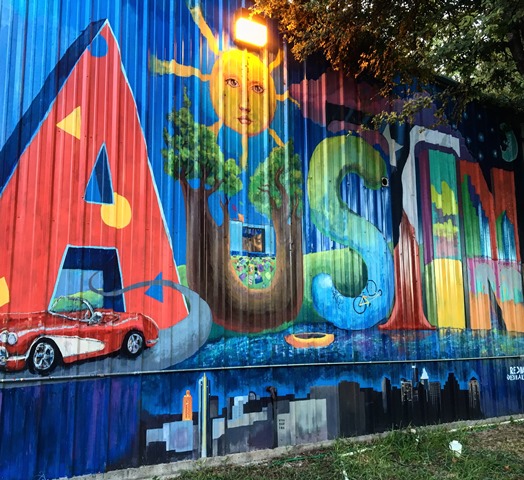 Deep in the heart of Texas, Austin has emerged as one of the leading destinations for big tech companies and VCs relocating from other states, particularly Silicon Valley and the broader San Francisco Bay Area.

And neither a year-long pandemic nor a once-in-a-hundred-year deep-freeze in mid-February will have much of an impact on the city’s ability to attract companies seeking a better place to do business.

That’s according to Austin venture capitalists who spoke with Venture Capital Journal.

The allure of other cities

The venture industry, particularly in the US, has grown and undergone changes in recent years that have helped to propel a lot of capital away from the San Francisco Bay Area, to cities including New York and Boston as well as Austin and other emerging tech centers. Miami is also rising as a center of tech entrepreneurial activity.

The Bay Area still remains a stalwart in terms of LP commitments, according to market researcher PitchBook. Bay Area venture firms have closed on commitments that exceed $151 billion over the past five years, more than the rest of the US tech centers combined, PitchBook reports.

Austin epitomizes the shift that is taking place as tech firms, such as Tesla and Oracle, look to relocate headquarters or build factories in the city as part of a trend of companies and people moving away from California’s higher taxes and steep cost of living. Dropbox founder Drew Houston bought a home in Austin, though the company will remain based in San Francisco.

Meanwhile, remote work and virtual investing have taken hold amid the pandemic, proving that GPs can meet with potential portfolio companies and conduct due diligence from anywhere they call home.

Joe Lonsdale, co-founder of data analytics firm Palantir Technologies, announced in late 2020 that he and his venture firm 8VC would move to Austin from San Francisco because he said California was unlivable.

“They are accelerating a longer trend. It’s a recognition of Austin as a business center that has not been there before”

Lonsdale, who grew up in the Bay Area, told a local Texas newspaper that he had considered a move to the middle of the country for several years. The arrival of the pandemic and the widespread shift to remote work practices hastened his decision, he said.

Apart from the tax consideration, Eric Engineer, a partner at Austin-based S3 Ventures, says that VCs from other regions of the country find that Austin’s investing landscape is far less competitive, with many good start-up teams to choose from.

Engineer says the new arrivals in his city over the years have helped to bolster and expand the state capital’s already-thriving entrepreneurial sector.

“They are accelerating a longer trend,” he says of new Austin inhabitants. “It’s a recognition of Austin as a business center that has not been there before.”

Engineer says Austin’s start-up ecosystem previously had a shortage of capital, but in recent years, the area has been able to lure investors from other regions to invest more there.

Finding capital is becoming less of an issue for local entrepreneurs as a result. “Capital goes where the talent is, and where there is more talent, capital follows,” he says.

Austin is a great place to do business, he says, especially for venture-backed companies that sprout up in the shadow of larger businesses that establish headquarters there. He adds that the transplants often bring talent pools with them. These pools, in turn, widen the number of entrepreneurs starting the next generation of local start-ups.

Like most of Texas, Austin was caught up in the mid-February winter storm that struck the state with a vengeance. The record cold weather broke a 100-year record.

But the deep freeze was short-lived and won’t even be a blip on the local economy’s radar screen, according to Austin investors.

“The Monday after the storm week it was 80 degrees in Austin and everything was pretty much business back to normal,” says Thomas Ball, co-founder and managing director of Next Coast Ventures. “I’ve lived in Austin for 15 years and this is the first real disruption I’ve ever experienced that caused more than a few hours waiting for something like an icy street to melt with the morning sun.”

He adds: “I’d challenge anyone to find a place in the US where the potential of a freak natural disaster doesn’t happen and has the potential to disrupt some things.”

While the freeze and infrastructure failures have been troubling, Richard Deulofeut-Manzur, vice president of Charles Koch-backed firm Trust Ventures in Austin, does not think the freakish storm will stem the flow of new business coming into the city and other parts of the state.

“When we look at the field of technology companies moving to Texas, they are attracted by low tax rates, educated and affordable talent and sophisticated network of resources and partners that will help with growth. All of that is still true after the storm,” he says.

Alastair Goldfisher contributed to this report