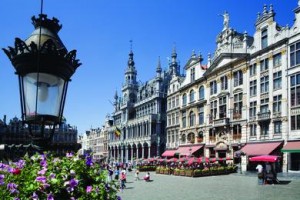 The venture capital community in Benelux is headed in the right direction to potentially break records this year.

More than €894 million ($988 million) has already been invested into the three-country region through July of this year, according to a recent report from PitchBook. The activity is already close to surpassing the €1 billion median that the last three years have hovered around.

The report predicts that this year may progress beyond the record set in 2015, when €1.4 billion was invested across more than 350 deals.

However, the early-stage market has been the most active for the region this year, recording 82 deals through July. This amount more than doubles angel and seed, who saw 31 deals, and nearly doubles late-stage deals, 43.

AM-Pharma recorded the biggest ticket in the first half of year. The startup that focuses on Acute Kidney Injury collected more than €114 million. Promethera Biosciences, a cell-based therapy company, gathered €39.7 million.

The sector is expected to continue to grow, especially in the Netherlands, as the country recently proposed a relaxation on certain visa requirements aimed to help startups employ more employees born outside the European Union.