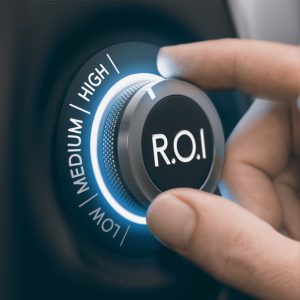 According to most pop culture references, America is the land of opportunity, and capitalism is the engine that powers it. All you need is a brilliant idea and a willingness to work hard, and you’re on your way to a rich and rewarding life.

But what if no one funds your idea?

The fact is, Black entrepreneurs and founders have to struggle for funding far more than their white counterparts, putting a lie to the oft-floated idea that our economy is a colorblind profit-seeking engine of opportunity.

These patterns of under-investment in Black-owned businesses and the larger Black community over many decades have had real ramifications on society, creating a yawning wealth gap between Black and white households. The Brookings Institution recently estimated that the net worth of a typical white family is nearly 10 times greater than that of a Black family.

In a country increasingly reckoning with its discriminatory past, the chance to make financial practices and funding decisions less discriminatory and more inclusive is an important piece of the puzzle.

Why we backed Tru Optik

Our experience at Connecticut Innovations, the strategic venture arm for the State of Connecticut, bears this out.

For our portfolio, we invest in innovative companies in biotech, IT and other industries, and we know that entrepreneurs who lead successful tech companies need to possess a specific and rare set of qualities.

These include the creativity to develop disruptive technologies, the brainpower to commercialize the ideas, the charisma to get others to join them and the confidence to keep going when the odds are against them.

It’s not surprising, then, that we wanted to bet on Andre Swanston and Oni Chukwu.

Swanston is the co-founder and CEO of Stamford, Connecticut-based Tru Optik. Founded in 2013, the company enables brands and agencies to access data that will improve targeted, audience-based advertising across all connected devices.

In early October, consumer credit giant TransUnion announced that it was acquiring Tru Optik in a nine-figure deal that will generate a hefty return for employees and investors alike.

Chukwu is the former CEO of Aventri, another Connecticut Innovations portfolio company. Aventri delivers cloud-based enterprise event management software used by more than 1,600 enterprise customers in 50 countries. The company was acquired in 2017, also for nine figures.

They are both Black.

While we can’t say exactly how much the deal reaped us, let’s just say that it was substantial enough that we’ve named one of the conference rooms in our headquarters the Chukwu Room.

When evaluating potential investments, we place a high premium on those who have demonstrated they can overcome obstacles and relentlessly pursue their vision no matter the odds.

Looking at what Swanston and Chukwu overcame as young men (Swanston is from the Bronx, the poorest borough in New York City, while Chukwu is from Nigeria and grew up during the country’s civil war before emigrating), and how they translated their experience into professional success, gave us confidence that they would achieve great outcomes as CEOs. And they did. Given data that consistently shows diverse companies outperform non-diverse ones in terms of profitability, this isn’t surprising.

The message to angel investors, VCs and other financial gatekeepers is this. If your mental image of a “successful tech entrepreneur” or “founder” is of a 20-something white guy in Silicon Valley wearing jeans and a t-shirt, you need to broaden your lens.

Black entrepreneurs have proven themselves more than capable of hitting a grand slam. They just need to be given a chance. And that starts with access to capital.

It’s more than just the right thing to do. It’s smart business.