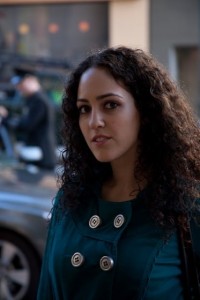 Bitcoin mania has been sweeping not just the venture community, but the world, as well.

In recent weeks, headlines on the cryptocurrency have ranged from the bizarre to the depressing.

Bitcoin may or may not have been founded in 2009 by a 64-year-old Japanese recluse. But what is certain is that the bitcoin exchange Mt. Gox has started bankruptcy proceedings, as hundreds of millions of dollars have been stolen.

Meanwhile, the news surrounding bitcoin includes the death in early March of a 28-year-old CEO of First Meta, another bitcoin exchange. She’s believed to have jumped from her high-rise apartment.

Bitcoin is also filled with celebrity involvement, from Ashton Kutcher to Cameron and Tyler Winklevoss.

As VCJ has reported for the past year, there’s also been plenty of interest from the venture community, with Andreessen Horowitz and Lightspeed Venture Partners, among others, betting big on bitcoin.

So it should come as no surprise that last October, at Venture Alpha West in Half Moon Bay, Calif., the editors of VCJ held a panel on bitcoin that was one of the more heavily attended discussions during our conference.

We’re doing it again at Venture Alpha East on March 26 in New York. Bitcoin entrepreneur and investor Margaux Avedisian is one of the speakers due to participate in the panel called, “Bitcoin and Beyond: Are Digital Currencies a Passing Fad, or The Future?” Other scheduled speakers included Jeremy Liew of Lightspeed, Brian Hirsch of Tribeca Venture Partners and Barry Silbert of SecondMarket.

Avedisian is managing partner at BlockStream Ventures, a venture firm focused on the cryptocurrency space. Previously, she was partner at Bitcoin Capital Partners, which specializes in bitcoin and digital currency consulting. She also was featured in the bitcoin documentary, “The Rise and Rise of Bitcoin.”

You can check out the video below.