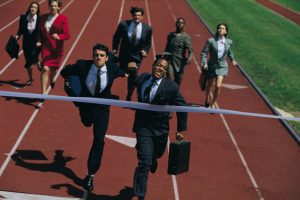 In the midst of a pandemic, Proof of Capital has rebranded itself a year after its launch to become Race Capital – and has added operator Alfred Chuang as a fourth GP at the firm.

Co-founder and general partner Edith Yeung told Venture Capital Journal that the firm was beginning to expand upon its original blockchain-focused thesis months before the coronavirus escalated and the economic slowdown began in the spring.

She said the firm is still looking at blockchain deals, particularly in the enterprise sector, but the firm is open to other sectors of interest, particularly with “founders building market-transforming companies,” such as in education, fintech, telemedicine, robotics, entertainment and remote workplace, according to a manifesto on its website.

Portfolio companies include FTX, a cryptocurrency derivatives exchange operator that the firm backed last fall, and Incognito, which Yeung describes as providing work from home technology and which raised money within the last month.

Race Capital will continue to invest in seed and Series A deals.

“We’re looking at new ways to see the world and how it will change in five to 10 years,” Yeung said. “In a crisis such as now, we believe we will see many new opportunities emerge.”

She added that society is already seeing behavioral changes in the way people live and work.

In April 2019, VCJ covered the firm’s initial launch as Proof of Capital, a $50 million fund to invest in blockchain start-ups worldwide.

Yeung declined to discuss whether the firm would seek new a investment vehicle as part of its rebrand or add on to its existing fund. But a source familiar with the firm said Race Capital would likely add to its existing purse.

In addition to rebranding, the firm also added Chuang, a longtime operator and angel investor, as general partner.

Chuang was previously one of the co-founders and CEO of BEA Systems, which he led up until its acquisition by Oracle for $8.5 billion in 2008.

Chuang is well-known among San Francisco Bay Area tech and venture communities. And Marc Andreessen of Andreessen Horowitz has called him a Silicon Valley CEO’s CEO for his leadership abilities and for his “knowledge of the products, the people, the market, and the competition.”

Chuang joins the original three co-founders of the firm. This includes Yeung (a former partner at 500 Startups, where she remains as an advisor), Phil Chen (formerly with Horizons Ventures) and Chris McCann (an angel investor and former community lead at Greylock Partners).

All three have come from traditional venture operations, but all three also had experience in cryptocurrency and the blockchain when they launched the original firm last year.

LPs are undisclosed, but include individuals and corporates.

Yeung said the firm decided on the name Race Capital because launching a start-up is a long journey, but founders have to execute quickly, like in a race.

“Execution of business plans is important and we want to help our founders do it right,” she said. “Our mantra is also about being fast. We like to make quick decisions.” 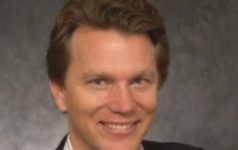