The covid-19 pandemic has directly impacted the venture capital industry. Boston venture capitalist David Frankel announced on Saturday that he is waiting on the result of a test for the virus and has been under self-quarantine for the past six days.

Update: As of Tuesday, March 17, Frankel reported that he still had not received the results of a covid-19 test done four days earlier.

Frankel, one of three managing partners at seed investor Founder Collective, shared the news with his nearly 20,000 Twitter followers over a dozen tweets.

The first tweet states: “Since last Sunday, I’ve been locked in my study with a dry cough/fever/headache. Despite trying since Monday, I was tested Friday – extended family had same symptoms and tested positive for COVID19 on Wednesday.”

Frankel currently sits on the boards of PillPack, SeatGeek, Datalot, Rand Merchant Bank OLO Online Ordering and MediaRadar, according to his LinkedIn profile.

In 2009, Frankel joined with 14 others to launch Founder Collective. The firm has raised three funds totaling $185 million, according to Crunchbase. Most recently, it closed on $75 million for Founder Collective III in November 2016.

Here are Frankel’s tweets in order:

1. Since last Sunday, I’ve been locked in my study with a dry cough/fever/headache. Despite trying since Monday, I was tested Friday – extended family had same symptoms and tested positive for COVID19 on Wednesday. It wasn’t been a good week, but it’s given me time to think.

2. As my fever dreams pass and my ability to process critical thought returns, I’ve been spending a lot of time wondering what the world is going to look like when we return to “normal,” and what that might look like, exactly. [A] few thoughts:

3. Video conferencing has been the obvious winner this week, but I don’t think people fully appreciate how widespread it can become under quarantine – e.g. my wife and I are isolated separately and are video chatting with our kids — not a use case Zoom has optimized for.

4. Voice and gesture will also become increasingly important in the built environment, as @Balajis noted early in February. What were once novelty technologies may soon become prerequisites.

5. Moreover, my @Ouraring and @Whoop apps spotted my temp/restlessness before symptoms fully manifested. Is it out of the realm of possibility to think that companies may require employees to wear devices that measure biometrics as a pre-condition of employment?

6. The idea of wearing an activity tracker in exchange for lower insurance premiums has been piloted for years, will fear of severe illness mean an out of range temperature blocks your key card access at the office? I wouldn’t be surprised to see this in our “new normal.”

7. A step as large as this may seem unlikely, but digital thermometers are already widely used in airports for passengers who pass through customs. Why shouldn’t we expect them to be part of the social contract at a workplace?

8. I hope the direct impact of this disease is short-lived, but its impact will be long-lasting. The scope of change we accept as normal will be decided in large part by the length and magnitude of this pandemic.

9. If COVID-19 runs its course quickly, perhaps we will snap back to the status quo ante. But we should also prepare for a world where many tragically perish across the globe, the economy is thrown into turmoil for months upon months and all looks quite different indeed.

10. 9/11 is probably the closest analog to this kind of event in my living memory and that horrific event transformed the meaning of “normal” dramatically. Pat-downs and invasive body scans were once the stuff of sci-fi, but we accepted the trade-off of safety and convenience.

11. I’m still waiting for the results of my test. COVID-19 or not, I am grateful to have weathered it quite well. I hope drastically more testing in the USA happens quickly, along with the required treatments. But I truly can’t imagine things ever go back to “normal.”

12. I have no idea yet what the future holds, but I’m absolutely confident great entrepreneurs will help build a world that incorporates the lessons of this very difficult time to build a better world for everyone.

Update: On March 17, Frankel tweeted that he still had not received the result of his test:

First symptoms 10 days ago, confirmed contact with COVID-19- positive 7 days ago, could only get tested 4 days ago. Still no result received! This is Boston, MA (excellent medical town) – still has NO scale testing capability. 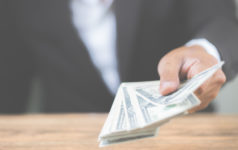