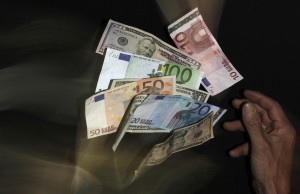 As its name suggests, Atlantic Bridge is focused on helping European companies expand into the United States, though a new joint venture fund with Chinese investors means its eyes are now turning East as well.

The Dublin-based firm’s offer to European technology businesses, as well as to U.S. companies seeking a European foothold, centers on significant expansion funding plus operational support from its team of former technology industry executives and ex-hardware and software engineers.

The firm typically invests about €7 million ($9 million) in syndicated Series A and B rounds, though general partner Elaine Coughlan is somewhat wary of such neat brackets.

“You’re seeing really large A and B rounds now, which 10 years ago would have been equivalent to C and D rounds given their size and the stage of the companies’ development,” she told VCJ.

In the technology sector, this is largely due to the plummeting cost of software development, which allows companies to be fully product-ready before they are even on the radar of investors.

“Many companies we are looking at already have a presence in China from a manufacturing perspective, and some have sales offices, but the objective is to help them find the right market partners and customers using West Summit’s network in China.”

The growing number of accelerator and incubator initiatives in Europe, combined with numerous seed-funding schemes, have also improved the maturity and commercial acumen of startups, putting them further down the road by their first institutional funding round.

“We generally don’t like taking product risk, and nowadays teams are tending to take that risk themselves with a small amount of seed funding,” Coughlan said.

Europe excels in developing technologies, such as gaming, data analytics and semiconductors, but trails the U.S. in marketing and scaling them, often because of a shortage of expansion capital, she said.

However, she is optimistic that Europe’s funding environment will improve in the next few years, as deal flow strengthens in London, Berlin, Stockholm and other cities.

To take advantage, Atlantic Bridge this year hopes to raise €150 million for its third technology fund, a doubling of the €75 million it raised in 2010 for Fund II.

The firm will also seek to push a new portfolio of European companies into China, via a $100 million mandate from Ireland’s National Pensions Reserve Fund and China Investment Corporation.

The fund will be jointly managed by Atlantic Bridge and West Summit Capital under the moniker Summit Bridge Capital, and will invest about $10 million per round in Irish companies trying to expand in China, as well as Chinese businesses seeking a route into Europe.

“Many companies we are looking at already have a presence in China from a manufacturing perspective, and some have sales offices, but the objective is to help them find the right market partners and customers using West Summit’s network in China,” said Coughlan.

With a wider technology remit than Atlantic Bridge’s traditional hardware and software focus, Summit Bridge will also consider sectors such as industrial and agricultural technology and medtech.

Alex Derber is a U.K.-based contributor. He can be reached at alexderber@hotmail.com.